Welcome to Cate Blanchett Fan, your prime resource for all things Cate Blanchett. Here you'll find all the latest news, pictures and information. You may know the Academy Award Winner from movies such as Elizabeth, Blue Jasmine, Carol, The Aviator, Lord of The Rings, Thor: Ragnarok, among many others. We hope you enjoy your stay and have fun!
Published on In
Song to Song Weightless

We finally have some news about the new Terrence Malick movie, previously entitled Weightless. The film, now titled Song to Song, is set to premiere on March 17th. At the moment there aren’t any more news/info on the cast.

See the article by The Film Stage.

In an uncharacteristically busy year for Terrence Malick, he has, in the past 12 months, had the theatrical release of Knight of Cups, Criterion’s unveiling of his director-approved restoration of The New World, the premiere of two documentaries, finished shooting a new WWII-set feature, and even had time for a rare live appearance. He’ll now kick off 2017 in a major way: his Austin-set drama formerly titled Weightless, which follows intersecting love triangles in the world of music, has received an official release date, new title, and the first look. 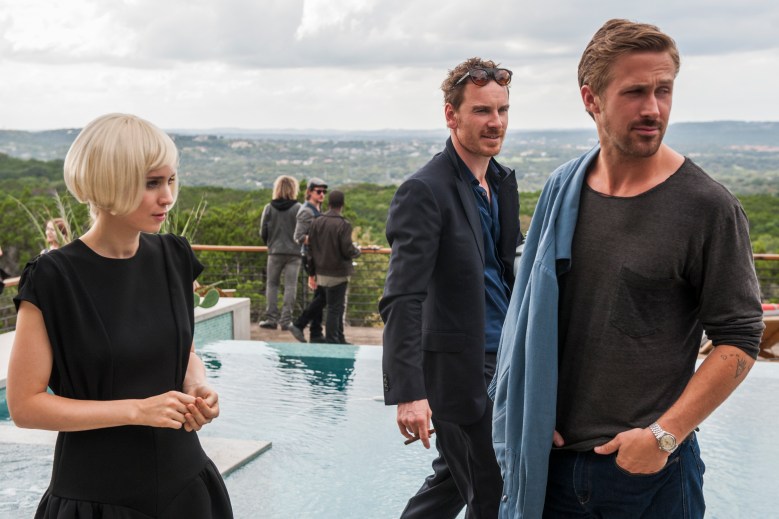 Along with their exclusive photo debut above, Indiewire announced today that Broad Green Pictures has set a March 17, 2017 release date for the film now titled Song to Song starring Ryan Gosling, Christian Bale, Cate Blanchett, Rooney Mara, Haley Bennett, Natalie Portman, Michael Fassbender, Val Kilmer, Benicio Del Toro, Clifton Collins Jr., Angela Bettis, Bérénice Marlohe, Florence Welch, and Holly Hunter.
“If you’re comparing Knight of Cups to our upcoming film, you’re correct in saying that it is going to be different and it’s going to be — it’s probably not the right word to say — evolved, but it will be a different film,” producer Ken Kao told us earlier this year. “Knight of Cups is more of a stream-of-consciousness type of film, where I think that our upcoming film is very much ingrained in the zeitgeist. It’s going to be very edgy. [It’s] not a musical, but a film grounded in the Austin music scene.”
As we await an official trailer and likely premiere announcement at SXSW, see the official synopsis below.

Song To Song to be released in DVD on July 4