This post is hard to write.
As some of you may have noticed we have been silent for a long time, or late to make posts and to keep the site updated to our usual standard. Few months ago the oldest members of the team realized that their lives made impossible for them to keep the site open any longer, so they decided to look up for new collaborators to help them out.
The transition process was not promising and nearing Cate’s 50th birthday the team decided to put the site on sale setting a deadline for end of August, when the servers hosting the site and the gallery expire, and then to close the site for good, if nobody had stepped up.
We would like to remind you all that this site is fan made, built with our own money (and the ones kindly donated), using our skills and our free time, pushed by endless passion. We have no affiliation with Mrs. Blanchett and her managment, we just admire her (a lot).
We decided to post as much as we had from our personal archives before the site closes but we can’t make it: we can’t even prepare the Vault posts on social media or moderate the chat we created to bring fans together, we don’t have available time.
Our hard called decision about the site made us really sad: it’s like a children to us and we have spent years collecting material and making it available to the public at large, for free (you can check all the social media around: most pages dedicated to Cate Blanchett won’t be here today without our work and we don’t even ask for credit).
We received an offer for the site, but with one condition: to dismember the team behind it. We declined.
But that moment made us realize that we are not ready to step down, for three reasons: we received a legacy from another fansite, we are the best at doing this and we love it. So the site will stay open, but one thing remain: the yearly servers deadline. If we can’t find the money to pay for them the site will close on August 22nd.
So, here we are, asking for donations. You can click on the yellow button “Donate” on the right sidebar of the homepage, after site info, and ask any further question contacting the team by clicking on “Contact page” in same sidebar, in the site info space.
We are gonna keep up as we can, we all our love
Annie, MLS and Nelly

Faithfull to our commitment, let’s talk about Cate!

Where’d You Go Bernadette is opening in less than a month, and we have a big update to make. A series of short clips and the first featurette have been posted recently, plus new stills, an interview with Cate and more news.

The New York Times will host a screening followed by a public talk with director Richard Linklater on August 12. More infos here

The Austin Film Society will held a special screening of the movie on August 15. The director will be there. More infos here

The movie soundtrack has released, here’s the album track list: 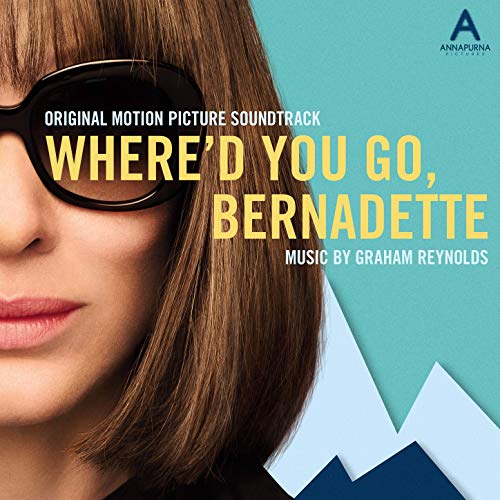 A series of international posters A series of clips and the first featurette! The official social media account are quite active. I suggest you to follow them!

Wondering where Bernadette went? So is Bernadette. See Cate Blanchett in Where’d You Go, Bernadette. In theaters this August. pic.twitter.com/nVZJ5SDqaC

She’s not lost. She’s exactly where she needs to be. Meet #Bernadette in one month. pic.twitter.com/i0CsPeq5P2

Bernadette’s not crazy… Everyone else is. ? WHERE’D YOU GO, BERNADETTE, starring Cate Blanchett, in theaters August 16! pic.twitter.com/ZsAfpE9kms

Everyone needs a little me time. ? WHERE’D YOU GO, BERNADETTE, starring Cate Blanchett, is in theaters August 16! pic.twitter.com/5Dta1Bm1Pa The first press junket interview and a new still in the new issue of Entertainment Weekly. Enjoy!