While we wait for Cate’s next project, here are some magazines featuring interviews and articles.
Enjoy!

Cate Blanchett On Female Rage, The Smell Of Womanhood And Loving The Scent Of Cigars

It’s safe to say Cate Blanchett point blank refuses to let Hollywood define her. Whether it’s endlessly swapping between hair colours (brown to blonde in two weeks, anyone?) or playing seriously iconic women (Queen Elizabeth I and an elf, to name just a few), she defies being typecast. And we love her for it.

Catching up at the launch of Armani Si Fiori, the perfume Blanchett has helped to make a household name, the Australian native revealed the pretty ugly smells she secretly loves, the acting tips she exchanged with Margot Robbie, and her tricks for telling anxiety to get back in its box.

Red carpets can be nerve wracking, how do you overcome the jitters?
‘I think the more relaxed you can feel in any situation, whether it’s public or private, the more yourself you can be. Going on stage is up there on the nerve wracking scale! I tell my children that the feeling of anxiety is very close to the feeling of excitement, so I try and tell myself that I’m excited, not anxious. It’s a trick of the mind.’

What’s your go-to beauty look for feeling confident?
‘Someone else doing my hair and make-up! I don’t have a go-to look, I just have this ability to short circuit other people’s expectations and judgements on how I look. Maybe it’s because I’ve played so many different characters and looked so different, on camera and on stage, that my sense of self is very fluid. I don’t dress on the red carpet to get a thumbs up or thumbs down, I couldn’t care less. The secret is: don’t Google yourself and close down your social media accounts. It’s liberating.’

Which women have inspired you to be bolder in your career?
‘Gosh! I think about a young woman like Rosa Parks, or Cathy Freeman who’s an indigenous athlete in Australia. When I was younger I was quite obsessed with Frida Kahlo, Georgia O’Keefe and Lee Miller – they all broke a lot of boundaries.

‘DON’T GOOGLE YOURSELF AND CLOSE DOWN YOUR SOCIAL MEDIA ACCOUNTS. IT’S LIBERATING.’

‘I was incredibly nervous about playing Queen Elizabeth I – I actually spoke to Margot Robbie about this recently. When I heard she was playing the role I was super pleased. I said at the time when I played her, ‘Judi Dench played this role, who am I? Some nobody Australian! I’m going from the colonies to playing the great defining queen of England!’, and Margot said the same thing. We both agreed that it was a daunting role to take on, both as an actress, but also as an Australian actress.’

Why is it important for women to be fearless in 2019?
‘I think what’s happening in the world at the moment, which is quite different to the movement in the 70s, is that women are being heard and believed. Women are finally talking to one another and realising that the challenges they’ve had to face on a daily basis are not exclusive to their own experience, in fact, they’re very common and there’s no shame in it.

‘I think women carry a lot of daily shame, but the more you express, the less rage you hold onto, and the more you’re able to move positively forward together. I feel very strongly that women are not going to move backwards from that position.’

‘WOMEN CARRY A LOT OF DAILY SHAME, BUT THE MORE YOU EXPRESS, THE LESS RAGE YOU HOLD ONTO.’

You’re the face of Armani Si perfume which is all about saying yes, what’s the best thing you’ve said yes to?
‘I had someone once say to me, ‘You do not want to go to New Zealand and play an elf queen for three weeks,’ and I said, ‘It’s Peter Jackson are you kidding me?’ So I was pretty happy with that decision.

Which perfumes make you nostalgic?
‘There was a lot of hideous loud perfumes in the late 80s that used to give me headaches, like Dior Poison. So, I’ve always gravitated towards perfumes that have an oud or that sensual mysterious chypre. They linger better… They remind me of fragrances that my mother wore. Growing up in a household of women, I used to walk into my mother’s closet and I remember thinking, ‘This smells like womanhood’.

‘My grandmother smelt of talcum powder and violets. but my mother was more modern. Also, growing up in Australia the smell of the ocean, eucalyptus, and bush fires all take me right back to my childhood.’

‘I USED TO WALK INTO MY MOTHER’S CLOSET AND THINK, “THIS SMELLS LIKE WOMANHOOD.”‘

Which smells do you love that you shouldn’t?
‘I love the smell of petrol. I always find the experience of filling up my car profoundly depressing, even though I drive a hybrid, but I remember loving the smell as a child. No idea why! I also love the smell of marker pens – it’s a little more socially acceptable to sniff a pen than a gas tank… Oh, and cigar smoke! Again, I hate everything that it represents but I love the smell.’ 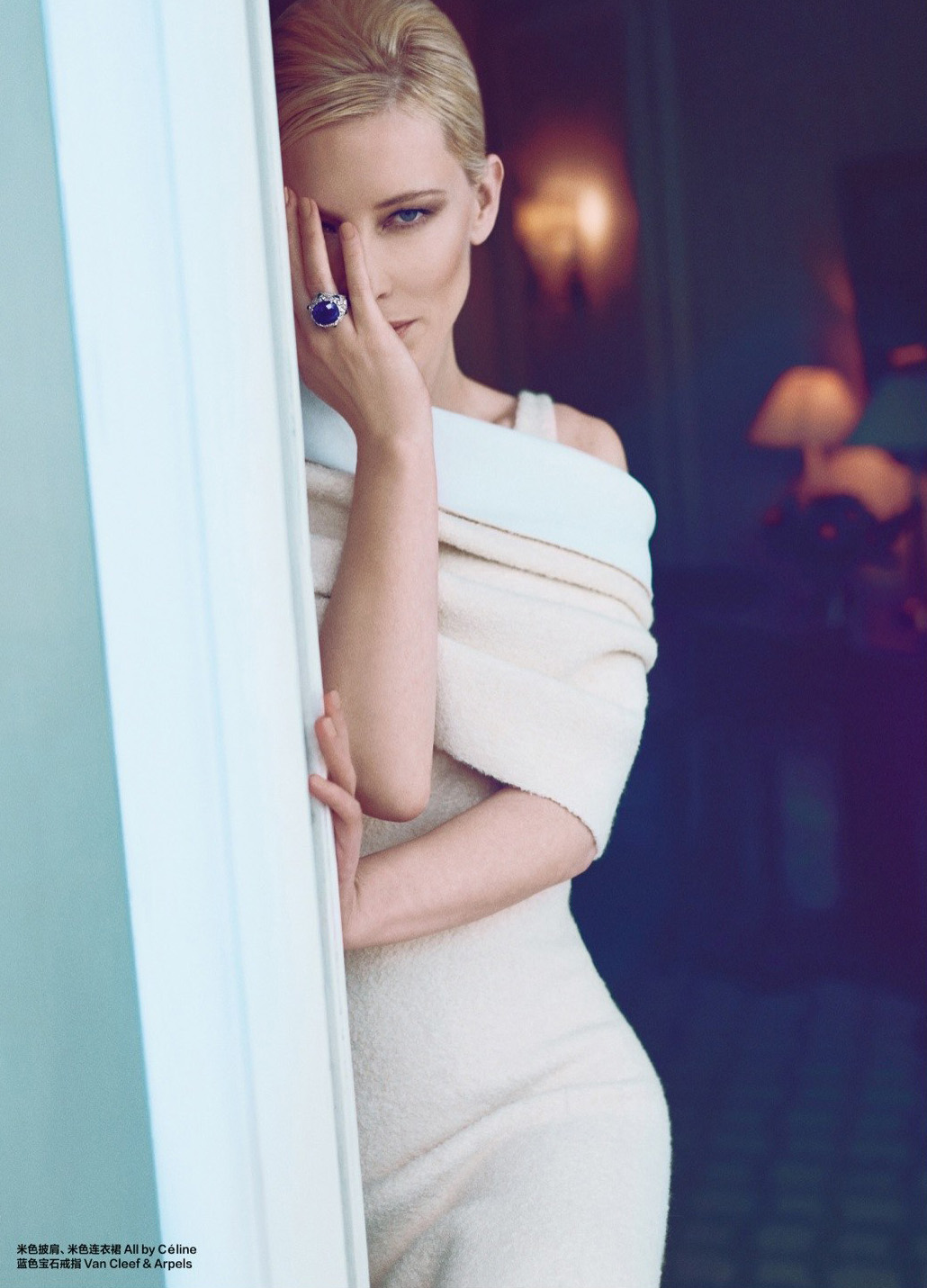 Another cover I’ve missed posting and that I’ve had no access to scans so far is the Oriental October issue of Elle (Scans are welcome!). The cover is below. Plus some other scans and shoots, thanks to Claudia