Cate Blanchett is at the 66th BFI London Film Festival today for the world premiere of Pinocchio. It will be released in select theatres in November then on Netflix on December 9th this year. It is a stop-motion animated movie directed by Guillermo Del Toro and Mark Gustafson.

Here’s our first look at Cate at the premiere. 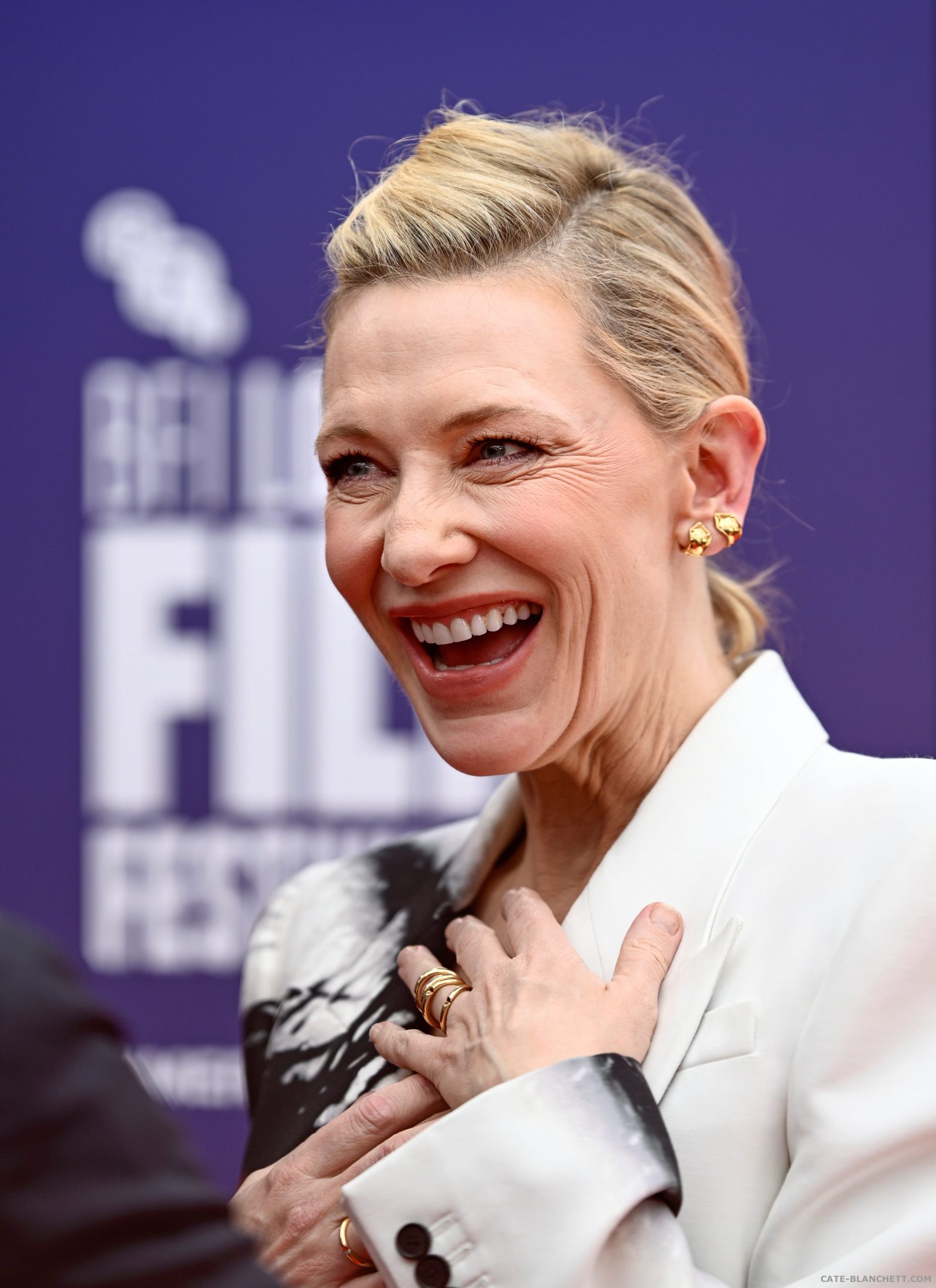 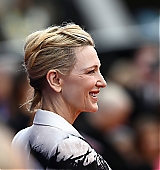 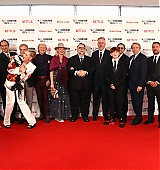 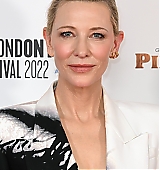 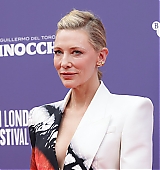 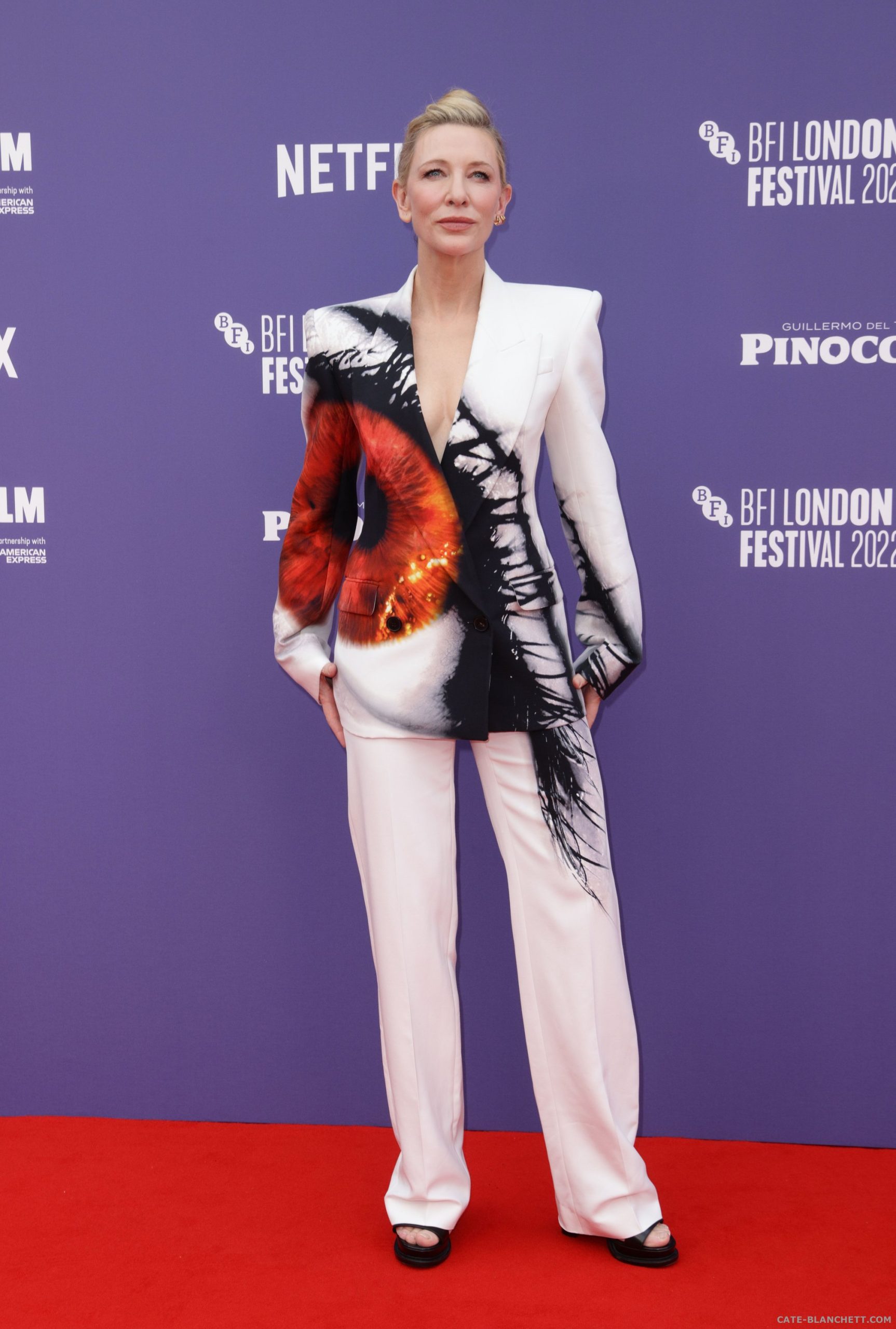 Hi! Another day, another teaser trailer of a film that Cate worked on.

We also have great news! We are able to keep the site open for another year with the donation we have received from kind fans. We would like to send our deepest gratitude to the following people who donated to the website: Jessica, Frauke, Murtada, Kelly, Joseph, Jade, Yutao, Bronte, Erzsébet, Victoria, Irina, Dolores, Marise.

Netflix has released the teaser for Guillermo Del Toro’s stop-motion animated version of Pinocchio. Cate voiced the monkey, Spazzatura. The film will be released in select theatres in the US in November 2022 before it drops on Netflix in December 2022. Check the teaser below.

“It’s a story you may think you know…but you don’t.”

France Inter has released the podcast interview with Cate. Guillermo del Toro’s Pinocchio, where Cate is voicing Sprezzatura (a monkey) will be released in December 2022.

Cate Blanchett in all facets

Some call her “the chameleon” and consider her one of the greatest actresses in the world. Cate Blanchett is the guest of Augustin Trapenard.

Double Oscar winner, on the big screen, she played Elizabeth I, Galadriel in The Lord of the Rings , Katherine Hepburn in Scorsese, Bob Dylan in Todd Haynes and many others. She is currently starring in ” Nightmare Alley”, Guillermo del Toro ‘s new film , and will soon receive an honorary César for her entire career.

Excerpts from the show

“I’m a complete fan of Bette Davis. It’s no matter how much we claim our individuality, when we see an extraordinary actor or when we are crossed by a superb film, we are inevitably influenced. We actors are porous creatures”

“In ‘Nightmare Alley’, the three main characters are archetypal women, but they are imagined as parts of a whole. movie”

“The camera can lay bare something of our humanity. Indigenous peoples were afraid that the camera would steal a part of their soul. There is an essential truth here that even the actor is not aware of, and which is reveals in spite of himself

“Truth has become a modifiable, switchable and highly politicized product. Five years ago, truth was based on established, verified facts, and suddenly it became something vague, moving. I find that terrifying “

“You are the product of your habits. You can never really escape from yourself. But the privilege of the actor is to be able to slip into different lives and escape your own habits”

Netflix has announced the director’s stop-motion, musical adaptation of “Pinocchio” is set for release in December 2022. Del Toro co-directs this long-in-the-works passion project with Mark Gustafson. To mark the date announcement, Netflix unveiled a brief teaser with the first footage of Ewan McGregor voicing Cricket.

Starring opposite McGregor in “Pinocchio” is David Bradley as Geppetto, Gregory Mann as Pinocchio, Finn Wolfhard, Cate Blanchett, John Turturro, Ron Perlman, Tim Blake Nelson, Burn Gorman, Christoph Waltz and Tilda Swinton. Del Toro’s adaptation is set in Italy during the 1930s, a time when fascism is on the rise and Benito Mussolini is consolidating control of the country. 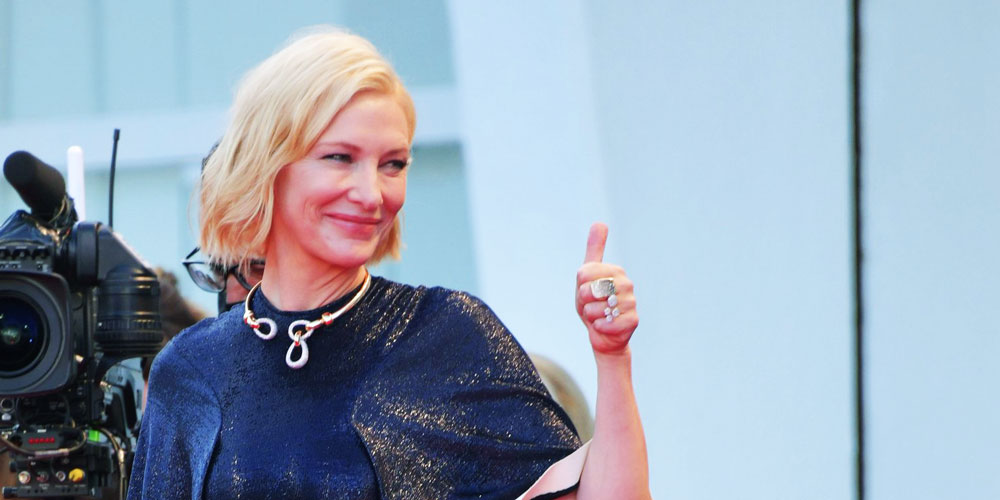 Here’s our first look on the red carpet and opening ceremony for 2020 Venice Film Festival. We’ll be updating more photos in the next few days. Meanwhile, here are pictures and videos from when Cate delivered her speech as jury president and when she presented the Lifetime Achievement Award to Tilda Swinton. The full red carpet and opening ceremony is also below. Cate arrived at 30:40. Enjoy! 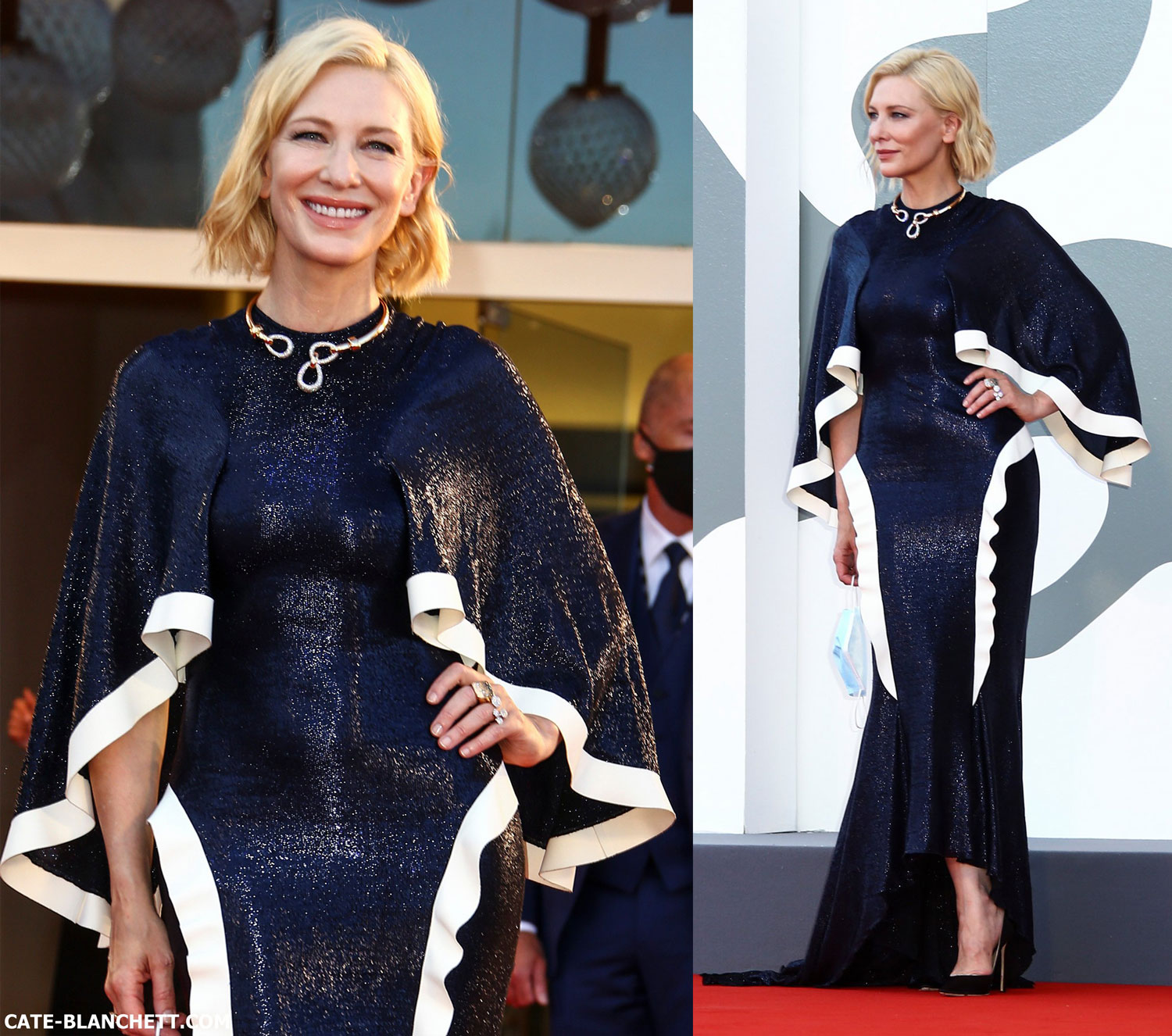 #BiennaleCinema2020 #OpeningCeremony #Venezia77 President of the jury #CateBlanchett: “The way is uncertain, but tonight is a beginning. And I for one feel deeply privileged to be spending time in these challenging times with audiences, reflecting back and looking forward.” pic.twitter.com/gH6us9AA89

#BiennaleCinema2020 #OpeningCeremony #Venezia77 President of the jury #CateBlanchett: “We are here. We made it. To be gathering with you all seems like some kind of miracle.” pic.twitter.com/Y6efkr0KHR 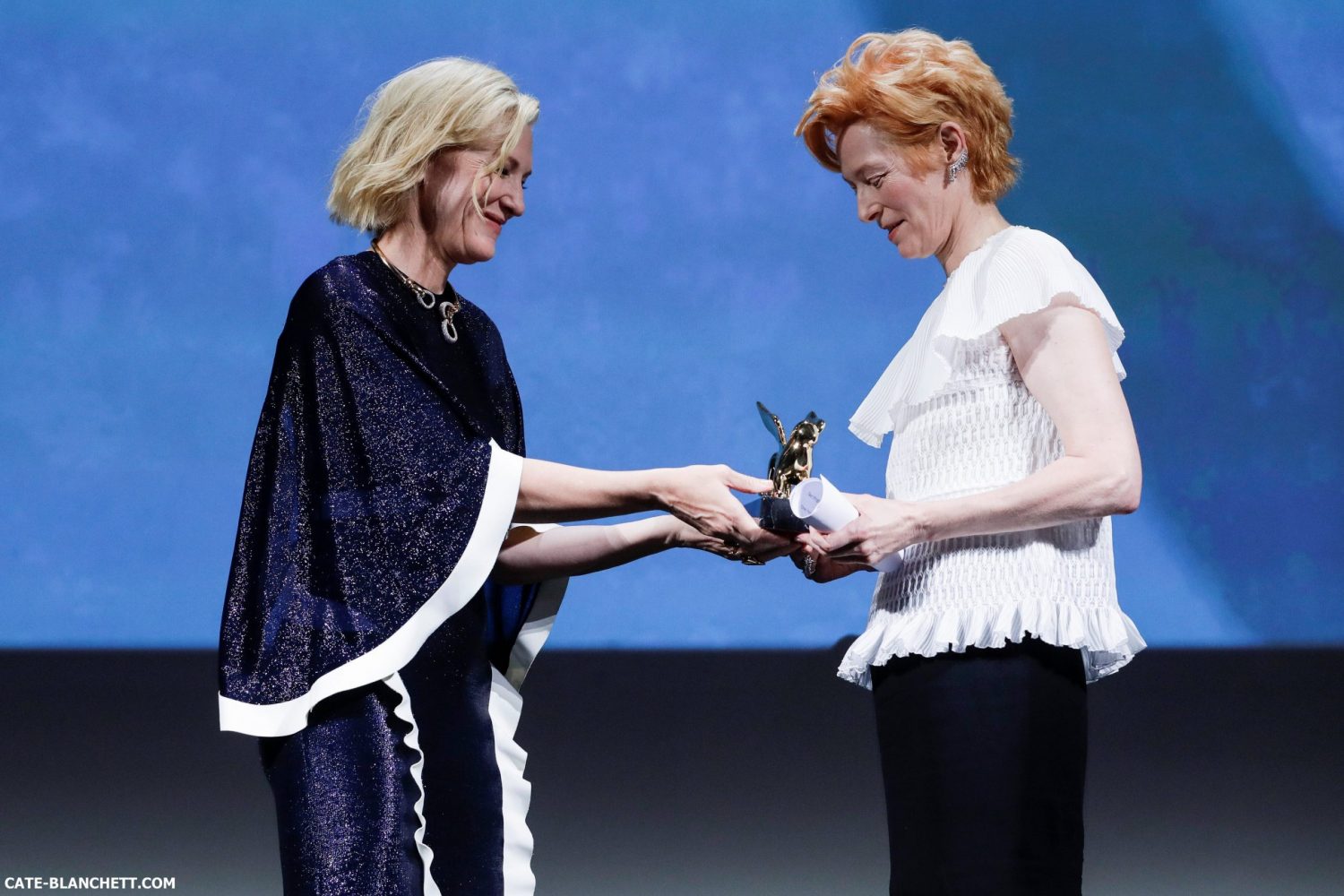 #BiennaleCinema2020 #OpeningCeremony #Venezia77 #GoldenLionforLifetimeAchievement #TildaSwinton: “Cinema, simply, is my happy place. It is my true motherland. And its fellowship – my heart’s family tree.” pic.twitter.com/glqZMB6DAF