Vogue is the Cover of January Issue of Vogue, here’s the gorgeous new photoshoot and the video “Slow Motion”

After six years running Australia’s premier theater company, Cate Blanchett is back, courting Oscar with her brilliant performance in Blue Jasmine and starring in George Clooney’s Monuments Men. And that’s only the beginning.

Cate Blanchett has a peculiar relationship to time—to hours, to years. She does not, for example, know how old her mother is. “I guess if I analyze it I could work it out in relation to my own age,” she says, “but it’s a piece of information that my brain won’t let me compute.” At another point, we get to talking about answering machines, back when they still had microcassettes in them, and when I pinpoint the year I first bought one as 1988, she says, “That recently?”

So it should come as no surprise that on a balmy night in late October, when I’m supposed to meet Blanchett at a theater in southeast London, she is late. The Menier Chocolate Factory, which sits hard by London Bridge, is one of those homey, unpretentious venues, part pub, part theater, that could be in Minneapolis, say, or Amsterdam. I arrive too early, so I get a drink at the lobby bar and wander around the room reading old posters. The place quickly fills up with happy ticket holders, eagerly waiting to be let into their seats, and at the exact moment I find myself staring at a sign that says, “No latecomers admitted. Absolutely no exceptions,” my cellphone rings.

“It’s Cate,” she says, as if that gravelly voice could be anyone else’s. She tells me that her driver, Peter, is “driving like a demon,” but that she is “realistically, 25 minutes out.” Curtain is in fifteen minutes, I say. “I’ve been trying to see this play for weeks,” she says. “This is the story of my life.” Pause. “Do they admit latecomers?” I read the sign to her. “Oh, dear. Is there an intermission?” Yes, I say. “Well, that’s a bit churlish of them.” We agree that I will stay put and she hangs up.

And that is when I have to decide: Do I tell the theater that Cate Blanchett, one of the world’s greatest living stage actresses, is the latecomer? Won’t the cast be disappointed when they find out that the rules couldn’t be bent just a little? Just this once? On the other hand, I think, maybe Blanchett, who is famously low-key and has run a theater herself, wouldn’t dream of asking anyone to hold the curtain for her. Maybe that’s an uncool thing to do in her world. After a few minutes, I head for the box office to tell the shy young girl that my late date is Cate. Her eyes widen and she scurries off. Within seconds, the stage manager, a can-do woman with a headset, appears in front of me. “How late is she?” Five minutes, I lie. “I will hold the curtain for as long as I can,” she says. Ten minutes later, Blanchett comes bounding up the steps, two at a time, and we are hustled to our seats without even saying hello. As the lights go down, she puts her arm around my shoulders, gives them a good firm squeeze, and calls me “Ace.”

To read the full article, buy the January issue of Vogue, on newstands nationwide Tuesday, December 24. 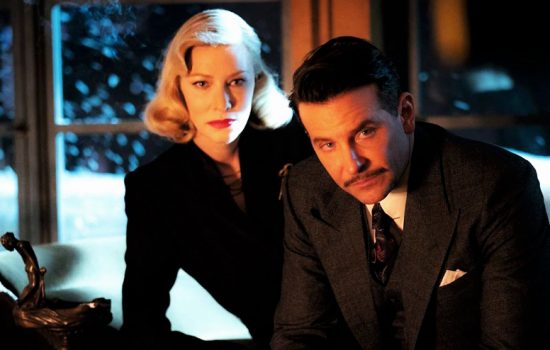