Cate Blanchett has revealed her wish to star in Downton Abbey.

Speaking on Good Morning Britain (watch the video here), the Oscar-winning actress said that she has enquired about the possibility of making a cameo appearance in the period drama.

She told Richard Arnold: “I did have words and I followed up with my agent, no call has yet been received – but I’m seeing the girls again today, so I’ll get them to put a good word in.”

Another promotional interview for Cinderella 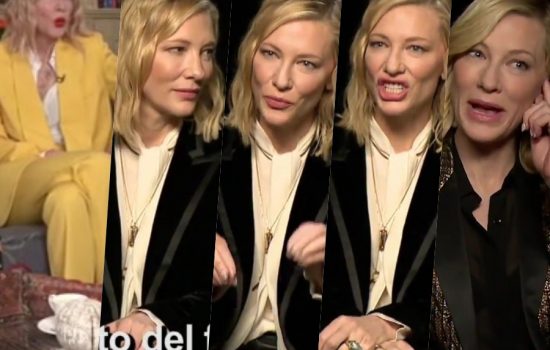