No stranger to the prestigious Cannes Film Festival is SK-II Global Ambassador and leading lady Cate Blanchett who returned to Cannes with a nomination for her latest film “Carol”.

Currently tipped as one of the favorites of the festival, Cate Blanchett graced the red carpet for the “Carol” premiere in positively radiant skin, and highlighted by a stunning Giles Deacon gown.

“There are turning point moments in one’s career and life, and certainly walking up the Croisette and climbing those steps is a mystical and out of body experience. It is here that not only one’s work, but also one’s physical appearance that will engender the most intense scrutiny. You’ve not only put yourself out there with your work, and then again on a red carpet which is like no other red carpet.

It takes an incredible amount of courage to feel relaxed in that environment, so anything one can do to make themselves feel at ease and confident helps – be with people that you care about, wear a dress that makes you feel fabulous, and make sure you feel as comfortable in your own skin as possible.” – Cate Blanchett

Also in Cannes for the film festival was SK-II Global Ambassador and Japanese actress – Haruka Ayase, whose film “Umimachi Diary” was a festival nominee.

As it was Haruka Ayase’s first time at the glamorous film festival she shared, “As a first-timer at Cannes, I feel as though this is one of the defining moments of my life. So far, it has been truly an eye- opening experience, and this has truly inspired me to change my destiny by pushing myself to achieve even more.”

As the climax of their journey in Cannes, the two SK-II Global Ambassadors, Cate and Ayase, came together for a short tete-a-tete, where Cate offered the younger actress words of advice on surviving Cannes, beauty tips to looking good the entire day, and shared her own #changedestiny moment from a previous festival.

“Going to a festival like Cannes is a real destiny changer. I had a similar moment that I think Haruka Ayase is about to experience. I was very green, and had never been to a film festival, when I went to Venice Film Festival with Elizabeth. I remember being so scared as I was told just before I went in that sometimes people boo. I knew that either way something was going to be different for me in the morning – and it was true, it was quite extraordinary.” – Cate Blanchett

“It was highly motivating and exciting that I had the chance to meet Cate. She is a great actress, and also such a great person full of positive enero,’ and power. As someone who has been to Cannes before, she shared a few words of wisdom about the festival. I am truly grateful that we were able to share time together at Cannes.” – Haruka Ayase 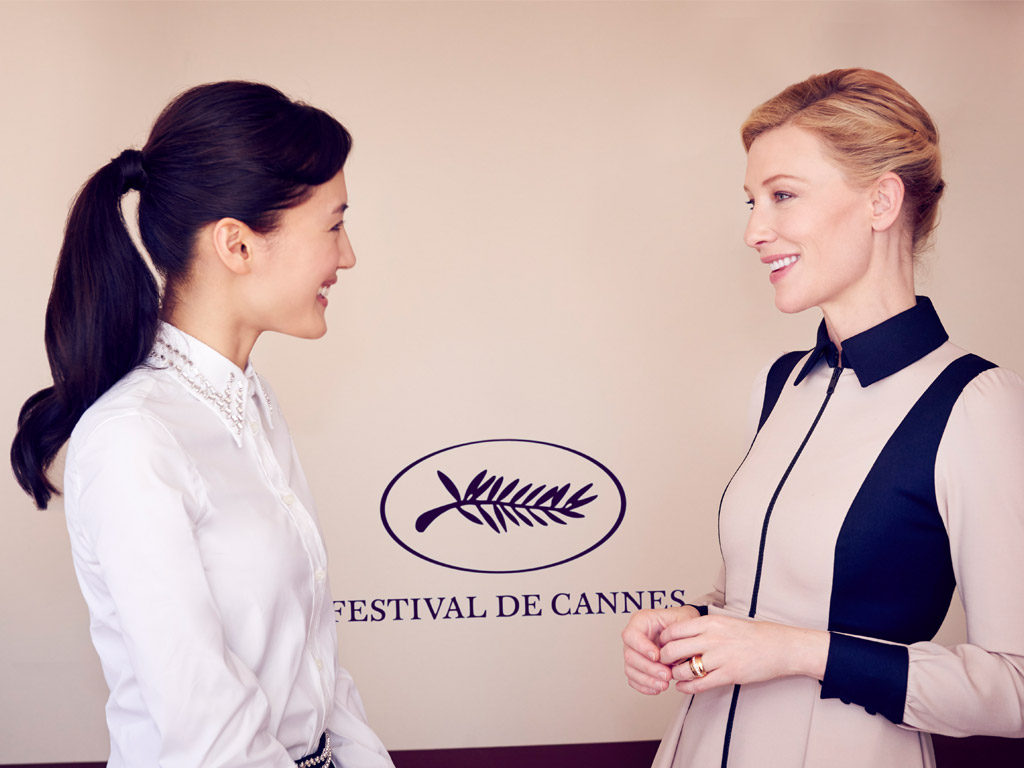 For more than 30 years, SK-II has touched the lives of millions of women around the world by helping them to “Change Destiny” through the miracle of crystal clear skin and life. The fascinating story behind SK-II began at a sake brewery in Japan, where scientists noticed the elderly workers had wrinkled faces, but extraordinarily soft and youthful-looking hands. These hands were in constant contact with the sake fermentation process. It took years of research for scientists to isolate the miracle ingredient Pitera, a naturally-derived liquid from the yeast fermentation process. Since then, SK-II with Pitera has become a special secret shared by celebrities such as Cate Blanchett, and Rebecca Lim around the world, transforming skin along the five dimensions of texture, radiance, firmness, spot control and wrinkle resilience critical to crystal clarity. A leading skincare brand in 13 markets, SK-II continues to deliver the transformative power of crystal clear skin and life through well-loved products including the Facial Treatment Essence, ST EMPOWER, and Cellumination Aura Essence. For the latest news and in-depth information about SK-II, please visit http://www.sk-ii.com.

Cate Blanchett on Colonics, Self-Respect, and Why Selfies are “Pathetic”