Welcome to Cate Blanchett Fan, your prime resource for all things Cate Blanchett. Here you'll find all the latest news, pictures and information. You may know the Academy Award Winner from movies such as Elizabeth, Blue Jasmine, Carol, The Aviator, Lord of The Rings, Thor: Ragnarok, among many others. We hope you enjoy your stay and have fun!
Published on In
Knight of Cups

Not many of you may recall, but in the last year Cate Blanchett had been in cinemas with four movies: Cinderella, Knight of Cups, Truth and Carol. Cinderella and Knight of Cups, both presented during the Berlin Film Festival in February 2015, had very different outcomes.

While Cinderella became a worldwide success (542 million dollars at the box office), Knight of Cups, shot in 2012, it’s been released in less than ten countries, and will open on American soil on March 4, 2016. Having been already screened in Germany in September, the DVD will be available from tomorrow (January 19). 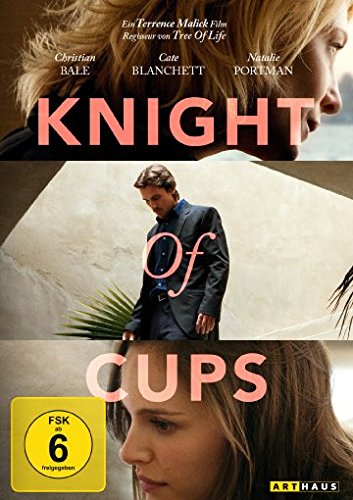 The DVD will be released in France and Australia at the end of March.

Carol to be released in DVD and Blu-ray from March

Knight of Cups in DVD and Blu-ray from June 21st
“Knight of Cups” will arrive in French cinemas on November 25th
Knight of Cups opens in Hong Kong, Italy and Japan. News on Ocean’s Eight