Welcome to Cate Blanchett Fan, your prime resource for all things Cate Blanchett. Here you'll find all the latest news, pictures and information. You may know the Academy Award Winner from movies such as Elizabeth, Blue Jasmine, Carol, The Aviator, Lord of The Rings, Thor: Ragnarok, among many others. We hope you enjoy your stay and have fun!
Published on In
Interviews Truth

and a recent interview with Vogue

It’s hard to think of many moments in the past decade when it could not have been said that Cate Blanchett was having kind of a big year. With that caveat: Cate Blanchett had a pretty big 2015.

Carol is the story of a forbidden mid-20th-century love affair between the titular character (Blanchett), a glamorous, wealthy middle-aged wife and mother, fighting for custody of her young daughter in the midst of a vicious divorce, and Therese (Rooney Mara), an aspiring photographer tentatively exploring the bounds of her own sexuality. Gorgeously art-directed and subtly told, Haynes’s film was revered by critics and recognized with six Oscar nominations, including nods for Blanchett and Mara (though notably not for Haynes in the coveted Best Director or Best Picture categories).

Truth, released only about a month before Carol, received less fanfare and was met with more controversy. In Vanderbilt’s film, Blanchett plays Mapes, the Texas-based 60 Minutes producer who was herself, in 2004, having kind of a big year. First she helped break the Abu Ghraib prisoner abuse story, a segment that would go on to win a Peabody Award. Then she uncovered evidence that President George W. Bush received preferential treatment during his service in the Texas Air National Guard. Under a time crunch, Mapes produced that piece with her mentor, longtime CBS Evening News anchor Dan Rather (played by Robert Redford), their case hinging on a series of damning memos leaked by a somewhat wobbly source.

The story may have had truth to it, but the authenticity of the memos was called into question, and the oversight became a major national news event, a high-profile humiliation for CBS, and eventually cost both Mapes and Rather their jobs. Vanderbilt’s film, based on Mapes’s account, skews sympathetic to her team of journalists, seen as thrown under the bus by network brass kowtowing to conservative corporate overlords with not-so-hidden political agendas.

Some critics heaped praise on Vanderbilt’s efforts. Others took offense to what they saw as glorification of bad journalism. (This charge landed particularly hard when Spotlight’s homage to painstaking reportorial process hit theaters only a few weeks later.)

But most agreed that Blanchett had turned in another captivating, nuanced performance as the besieged Mapes, suddenly in the midst of the sort of career-ending controversy that is every journalist’s nightmare, in a political climate deeply hostile to any perceived liberal bias.

Truth came out on DVD a couple weeks ago, which offered an occasion to get Blanchett on the phone. A little more than a week ahead of next Sunday’sAcademy Awards, we chatted about Truth, Carol, and the “conservatism” of the Oscar race.

The agenda for this interview is technically the DVD release of Truth. I feel this movie got a bit lost in the hubbub over Carol.
It’s never a happy moment when you’ve got two films coming out on top of one another, particularly two films that I felt equally passionate about. But that was unfortunately outside of my control.

I think it’s interesting that there were two really different films made about the process of putting stories together, Spotlight and Truth. It’s still, in a way, much easier for an audience, and for the media, to process the hideous and destructive transgression of the Catholic Church than to discuss the unhealthy crucible of American politics, media, and big business. It’s a very complex and unexamined relationship those three entities have. I think it needs to be talked about.

And the timing is interesting, that this came out during our current insane election cycle, and that it takes place during Bush’s re-election in 2004.
But you know, that’s when a lot of the spin in American politics started to ramp up. It became a real whirligig during that second Bush election. Certainly in the first Bush election. But one transgression, one event just rolled into the other, undiagnosed, unprocessed. It’s the 24-hour news cycle.

I’ll call him the character of Dan Rather, even though this is based on true events, but he harks back to a time when that cycle did not exist. That beast has to keep being fed, whether that information is true or accurate or otherwise.

Do you remember when the story on which Truth is based broke?
I remember the Abu Ghraib story. I remember there being a question mark over Bush’s service in the National Guard. But I didn’t know anything about the personal fallout for Mary Mapes. That was all really from Mary’s memoir. It’s important when playing a role like that to try and canvass and understand everyone’s opinion. Mary’s memoir was certainly warts and all. So that was a real revelation to me. I said, “Why hasn’t this been discussed?”

The interesting thing, too: [In the aftermath of the discrediting of Mapes’s reporting,] she was still an employee of CBS, even though she was suspended, and she was told not to speak to anybody until the so-called independent panel held at Black Rock had taken place. Whether you agree with the story going ahead or not, for one party to be silenced and the other to have all the airtime seems slightly undemocratic.

It strikes me that in both of your major films this year, Carol and Truth, you play women who have been subjected to a certain degree of oppression from the establishment. For Carol, in the 1950s, that treatment was certainly both anti-gay and deeply sexist. Do you feel Mary Mapes’s treatment was sexist?
I think the environment in which she worked was. But I think that’s the same in every single industry. I think the attacks on her were definitely to do with her gender. It’s really interesting. I just spoke to a male journalist. One of the first things he said was: Your portrayal of Mary is not sympathetic. I remember, years ago, I played an Irish journalist called Veronica Guerin. A lot of producers went to absolute lengths to justify how, as a mother, she could place herself in a dangerous position. That’s not a question you would ever ask of a male journalist.

Both movies actually have quite interesting takes on motherhood.
What I liked about Truth is that James Vanderbilt’s script didn’t overplay the mother card. Mary was a mother, her husband was a journalist. He was based in Dallas, she came and went. The film doesn’t justify how she can operate as a mother, which I think is probably some progress in cinematic storytelling from 15 years ago, when I made this other film.

You’re up for an Oscar for Carol. This year has had a particularly political run-up to the ceremony. You’ve generally had a way of staying above the Hollywood fray. Have you deliberately stayed out of that conversation?
You mean, in terms of films like Beasts of No Nation and Straight Outta Compton not being [nominated]?

Yes, exactly.
Yeah. Not deliberately. I think every year it’s important to remember: A healthy Academy, a healthy industry, is a diverse industry. A monochromatic industry is never creative.

I think what [also] needs to be remembered every year—because it doesn’t seem to shift ever—is where are the female directors? Where are the women Best Actors who are in movies made for more than a wing and a prayer? Let’s get to first base on that one. Somebody!

There’s a conservatism at work on many levels. I hazard a guess that there are many Academy members who didn’t even see films like Carol who said, “Aww, this is just a film about two women who fall in love. I don’t know if that’s going to appeal to me.”

I think it’s important to be open-minded. Todd [Haynes] has directed an extraordinary film. It’s resonated with critics and audiences. In the end that’s the most important thing. Todd has been doing this for so long, and has been so influential because he’s got an outsider’s perspective. What he’s done with Carolis he’s brought the authenticity of that perspective but made a completely insidefilm. And I think that’s a quiet revolution. For his work not to be recognized, I find it bewildering. 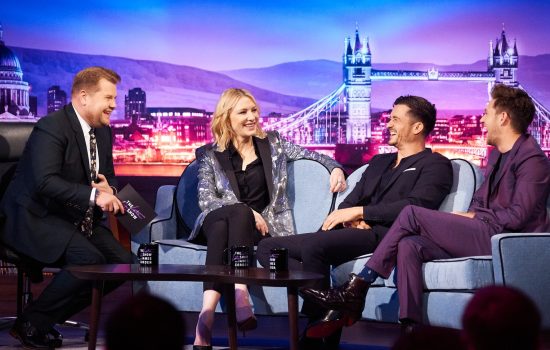 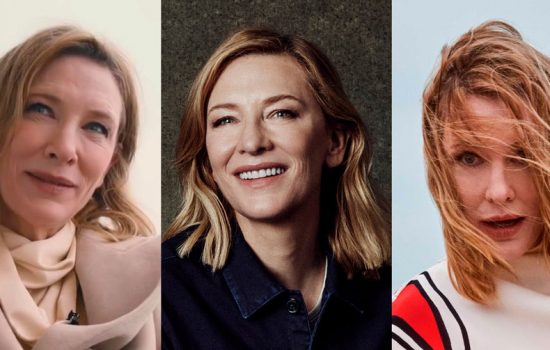