Welcome to Cate Blanchett Fan, your prime resource for all things Cate Blanchett. Here you'll find all the latest news, pictures and information. You may know the Academy Award Winner from movies such as Elizabeth, Blue Jasmine, Carol, The Aviator, Lord of The Rings, Thor: Ragnarok, among many others. We hope you enjoy your stay and have fun!
Published on In
Interviews Other Works

“Look, I am really interested in fashion, but not when it comes to skin care,” deadpanned Cate Blanchett, the Oscar-winning actor who recently decamped from her native Australia to New York City for her Broadway debut in The Present.

The red carpet risk taker, who regularly earns a spot atop every best dressed list, admitted to being far less daring when it comes to maintaining her poreless complexion. “I’ve learned that when you find something that works, you stick with it,” she said during a blizzardy afternoon as we discussed her longtime role as brand ambassador of SK-II.

Just in time for Mother’s Day, SK-II is releasing a limited edition bottle of its cult favorite (read on to hear Blanchett wax poetic about its nourishing effects) Facial Treatment Essence festively decorated with flowering cherry blossoms. “Isn’t it beautiful,” Blanchett said of the design. “It fits perfectly with the Japanese heritage of SK-II.”

We asked Blanchett to fill in our T&C Questionnaire, and she let us in on her skin care secrets (you’ll want to take notes) and Mother’s Day traditions, while sharing the surprisingly practical ensemble that has been getting her through this New York winter.

What is the beauty product you can’t stop talking about?

Well, I have been using the SK-II essence for about 15 years now and was thrilled when they finally released it as a mist last year. I have been at them for about 10 years to put it in a spray dispenser because that’s what I have always done when I’m traveling. If I could only take one product with me, it would be that. I also love to use it during particularly long hours on a film set. Rather than putting makeup on again, you can just refresh it and feel hydrated. It sets makeup without leaving that powdery look.

I also use the SK-II LXP serum, eye cream, and moisturizer morning and night. And since I am on stage [in The Present] at the moment, I am using the oil cleanser. Ordinarily, I would use the gel cleanser, but the cleansing oil really takes everything off. I am removing makeup three times a night, eight times a week. My eye area takes a bit of beating, but the oil cleanser is really gentle.

When I’m on a film set, I feel the need to exfoliate because I am wearing my makeup so much longer. SK-II doesn’t do an exfoliator, so I use one from Dermalogica or this Australian company called Intraceuticals.

What is most important to you: skin care, makeup, or fragrance?

I could go without wearing makeup for sure. Skin is the largest organ in the body, so if your skin is feeling healthy, then you feel brighter and more positive about entering the day. If you’ve got an allergy or an outbreak, then you are going to feel slightly less get up and go. And then fragrance really alters your mood. Those two things are really important to me.

I am very lazy when it comes to makeup—I guess because I spend a lot of time in it portraying other people. So when I am just me, I use mascara. And if it’s a big, exciting day, I’ll wear some lipstick.

Do you have a favorite fragrance?

I worked with an actor on stage years ago, who changed her fragrance depending on the role, and I thought that was very interesting. For instance, when I was on stage with Isabelle Huppert [in The Maids], she gave me a fragrance that she had designed with a fragrance house, so I wore it and it became the scent I associated with that story and that character. I am currently wearing Giorgio Armani Sì [editor’s note: Blanchett is a spokesperson for the fragrance] on stage because the character is very of optimistic and outward looking and forward thinking, so that feels like a very positive way to enter the role. 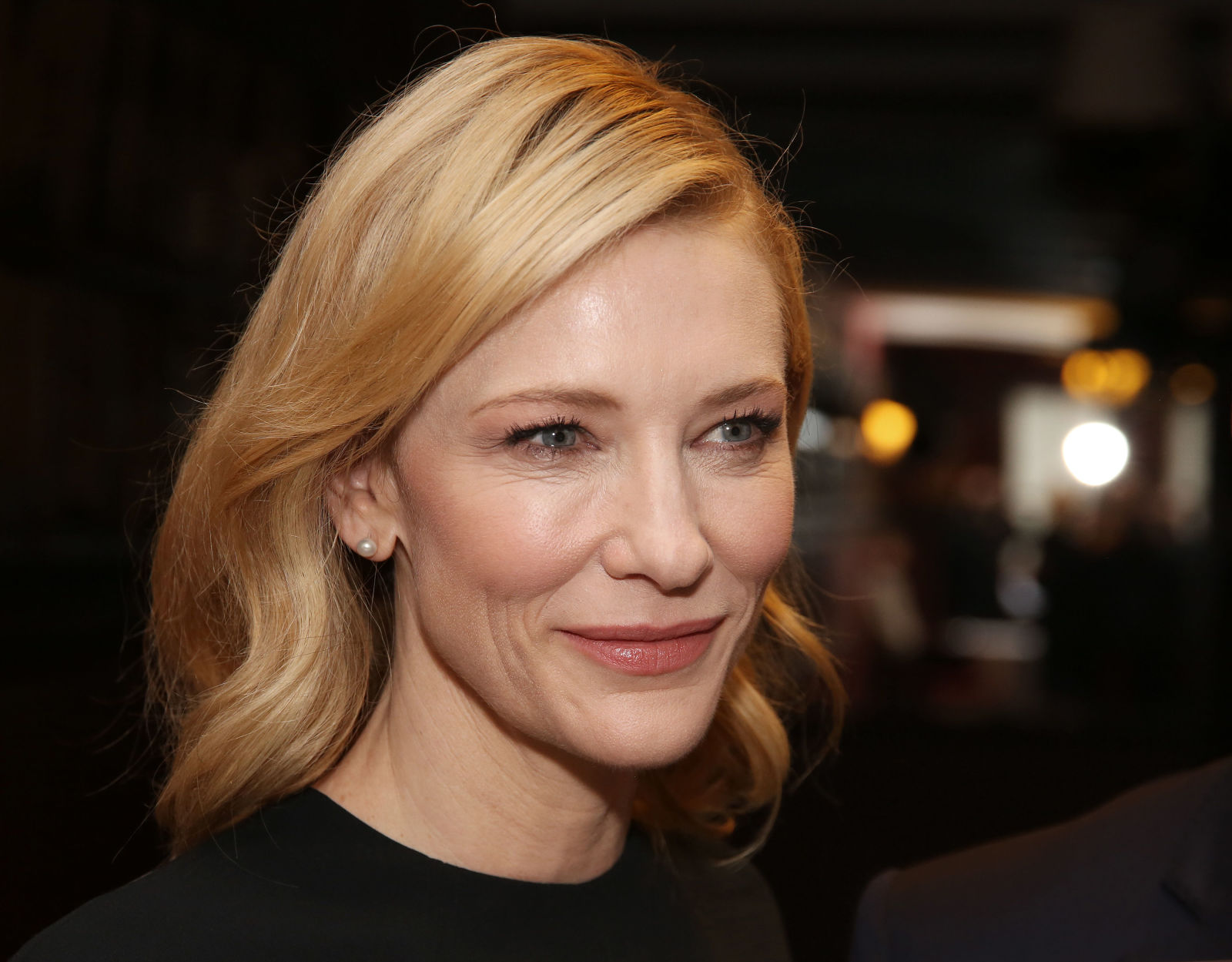 There is a Japanese restaurant that I love. It’s a bit of an underground one in Tudor City. And then there is an Italian spot called Il Buco that is down on Bond Street. It’s the one we’ve probably been to most. In Sydney, likewise, it’s an Italian restaurant called Buon Ricordo.

What is your favorite place to vacation?

This year, I’m looking forward to going home to Australia.

What is your best travel hack?

Besides packing my SK-II mist, I put electrolytes in my water to help keep hydrated and bounce back after a flight.

Is there anyone who makes you feel star struck?

Gosh, lots of people, but Meryl Streep for sure.

What is your favorite movie? Theater production?

That’s like asking who your favorite child is! You know what I saw recently that has really stayed with me is Martin Scorsese’s Silence. Theater is trickier because once we’re on stage, we are in sync with all of the other shows and I don’t get to see anything. While we were in rehearsals, I went and saw as much as I could. I really loved Ivo van Hove’s Kings of War.

I went to Tokio 7 on the Lower East Side recently. It’s got second hand clothing on consignment, and I found an unworn Rick Owens onesie. I’ve been wearing that and a pair of Acne boots.

What is your go-to drink?

Do you have any Mother’s Day traditions?

Mother’s Day has always been far more important to my mother than her birthday. We never really were allowed to celebrate her birthday, but we would celebrate Mother’s Day. It’s all about something that you write—a message that you write. It’s always a big celebration, and we have a lot of May birthdays in my family, so we do try to gather. If it’s not on the day, we try to have a Mother’s Day celebration close to the day.

What is the best advice you ever received?

To quote a drama teacher from school, “If you are going to fail, fail gloriously.”

How cate blanchett maintains her crazy-glowy skin while traveling 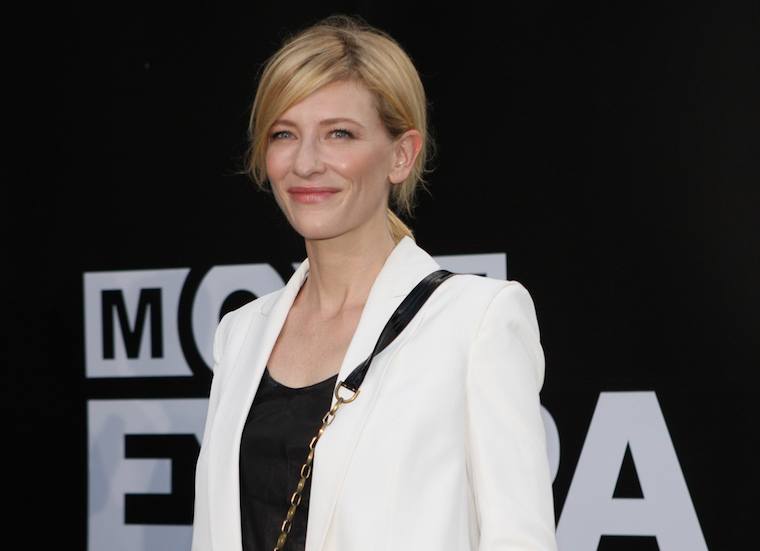 Though Cate Blanchett wasn’t the one reverse-aging in The Curious Case of Benjamin Button, you could say she’s doing it IRL. The Australian beauty and Oscar-winning actress’ porcelain skin has remained virtually unchanged over the course of her uber-successful career.

Besides starting her day with lemon water (a celeb fave), wearing minimal makeup, and always covering up with sunscreen, the star revealed another key beauty secret that keeps her glowing—no matter how often she has to fly for work.

In a recent interview with Allure, Blanchett revealed how she deals with the dreaded (and drying) air on airplanes: She’s all about doing treatments mid-flight.

“I mask on the plane, but I wait until the lights go off,” she says (relatable to those of us who don’t quite have the guts to look like a scary movie villain in front of a bunch of strangers). “Although sometimes I’m so desperate I can’t wait, so I’ll put an eye mask on.”

Blanchett also notes that she keeps a facial mist with her for up-in-the-air skin refreshers. Hey, doing your beauty routine at 40,000 feet isn’t the craziest thing celebrities do while they travel—it’s not like Blanchett has her SoulCycle bike in tow, a la Lady Gaga. And let’s face it: You definitely can’t argue with her results.

via Town and Country & Well and Good 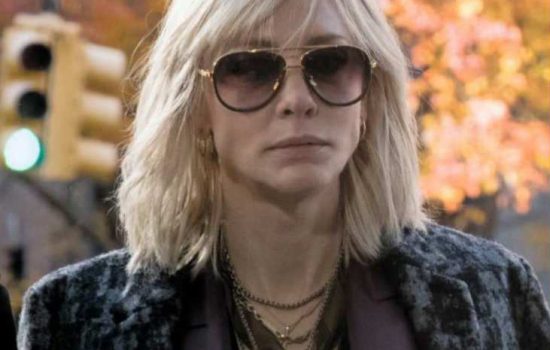