Welcome to Cate Blanchett Fan, your prime resource for all things Cate Blanchett. Here you'll find all the latest news, pictures and information. You may know the Academy Award Winner from movies such as Elizabeth, Blue Jasmine, Carol, The Aviator, Lord of The Rings, Thor: Ragnarok, among many others. We hope you enjoy your stay and have fun!
Published on In
Voyage of Time

News on ‘Voyage of Time’

Hello everyone! The first poster for the IMAX version is out, and it’s gorgeous! About the second version of the documentary, Voyage of Time: Life’s Journey, narrated by Cate Blanchett, we are still waiting for more info. Weightless, despite our previous announcement, is now set for 2017, even if the italian press it’s assuming a probable premiere at the Venice Film Festival.

Earlier this summer, IMAX let slip that they’ll give the film a release on October 7, and now they’ve updated their official site with a new synopsis and confirmed a runtime, along with the release date. This version (Voyage of Time: The IMAX Experience) clocks in at 40 minutes with narration from Brad Pittt and the synopsis lets us learn a bit more about the project, which they say is his “most original film to date.” Meanwhile, there’s no word yet from Broad Green if the expanded, Cate Blanchett-narrated, 90-minute companion feature Voyage of Time: Life’s Journey, will arrive around the same time, but they call it a “poetic and provocative ride full of open questions. 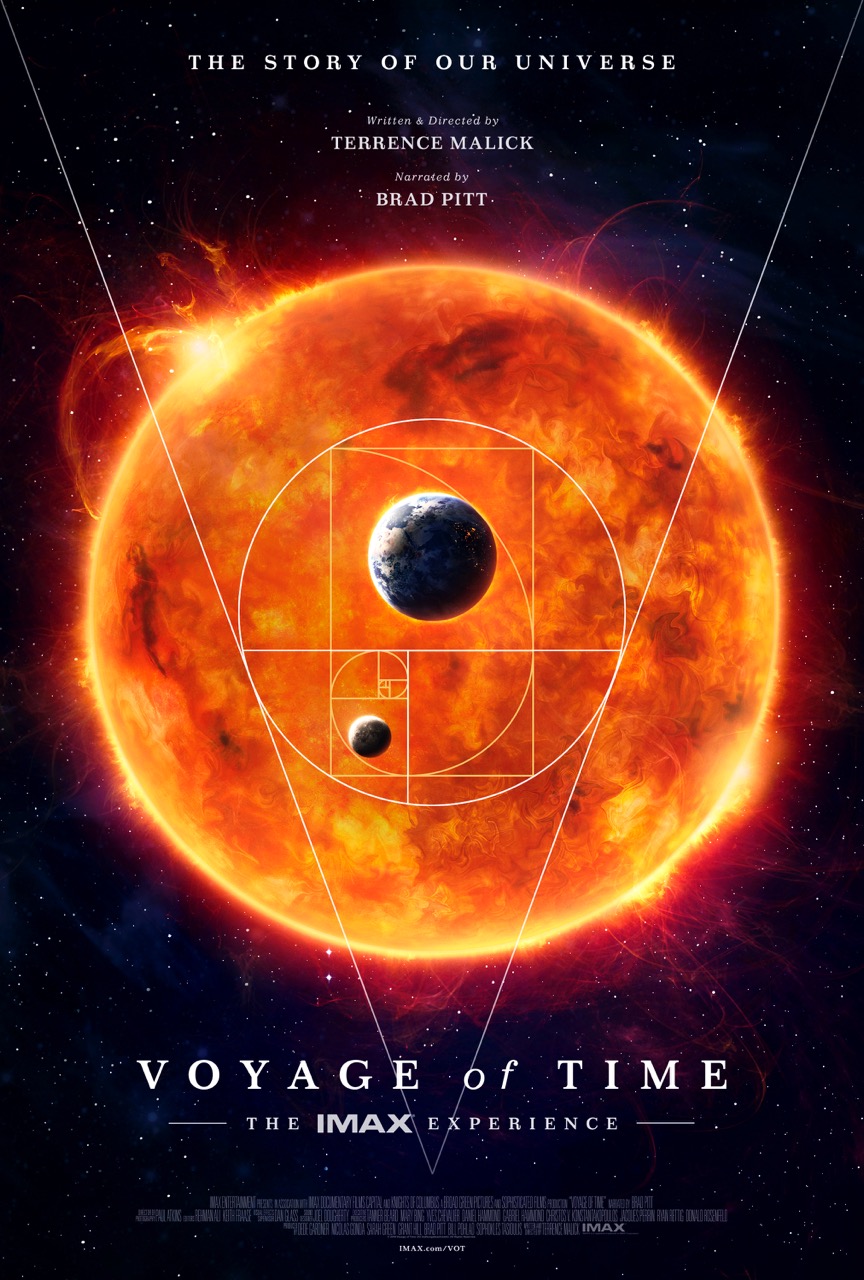 Voyage of Time to compete at the 73rd Venice International Film Festival
Revealed the first poster of Voyage of Time: life’s journey