Welcome to Cate Blanchett Fan, your prime resource for all things Cate Blanchett. Here you'll find all the latest news, pictures and information. You may know the Academy Award Winner from movies such as Elizabeth, Blue Jasmine, Carol, The Aviator, Lord of The Rings, Thor: Ragnarok, among many others. We hope you enjoy your stay and have fun!
Published on In
Documentary TV Shows

New footage of Cate Blanchett as Izabella Barta has been released today and it’s absolutely funny and impressive the Marina Abramovic impression made by Cate. Take a look the new content below and don’t miss Documentary Now! episode Waiting for the Artist this Wednesday, March 06, 11Pm on IFC network! Cate Blanchett playing a visionary, eccentric artist struggling to find the right way to celebrate her art and grapple with a terrible old boyfriend during her career retrospective? Yeah, sign us up.

On Wednesday, IFC will debut “Waiting for the Artist,” a Documentary Now! episode based on the performance artist documentary Marina Abramovi´c: The Artist Is Present. (For the uninitiated, Fred Armisen, Bill Hader, Seth Meyers, and Rhys Thomas’s comedy series enlists actors and comedians to parody famous documentaries, including Original Cast Album: Company, Nanook of the North, The Thin Blue Line, and Grey Gardens, with extreme precision.) In “Waiting for the Artist,” Blanchett plays Izabella Barta, whose lover Dimo (Armisen) is an infamous provocateur. Dimo spent most of their relationship stealing Izabella’s ideas and cheating on her—so naturally, as she anticipates reuniting with him at her retrospective, she’s feeling the pressure.
As seen in this exclusive clip, Blanchett plays the tortured artist with exacting wit: an exhausted removal of her bright red glasses here, a condescending rub of the eyelids there. The idea she’s trying to sell is a bit unconventional: at the retrospective, she wants attendees to walk from room to room admiring her past art. In the end, they will find her in the final room—dousing the place in gasoline and setting it on fire before running out of the burning museum.
Sure, the idea might raise a few concerns—but as Izabella insists, “Art is not supposed to be safe! It’s supposed to be radical!”
Unfortunately, the city won’t see things that way—and so Izabella is hurtled back to square one. The tortured wail she then releases from behind a locked door—further evidence of Blanchett’s knack for understated over-the-top comedy—pretty much says it all. 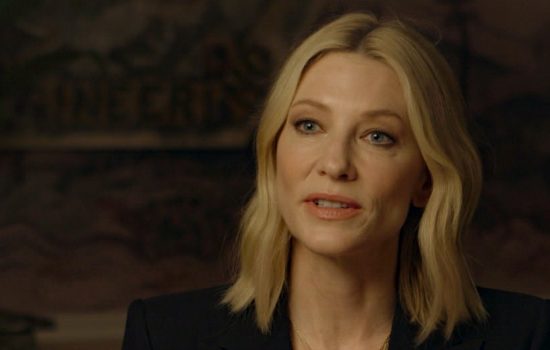 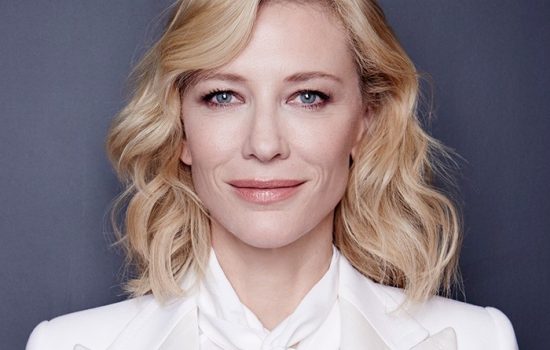