Hello dear friends, if you have loved How To Train Your Dragon 3, now it’s time to pre-order your own copy!
The animation movie will be released for home entertainment in 4 different formats, starting on May 7 with the digital version to be followed by the 4K Ultra HD, Blu-Ray™, DVD, and On Demand ones on May 21, 2019. Read below to discover the bonus contents:

DreamWorks Shorts:
Bilby – Directed by Liron Topaz, Pierre Perifel and JP Sans; produced by Jeff Hermann and Kelly Cooney Cilella. Threatened daily by the deadly residents and harsh environment of Australia’s Outback, a lonesome Bilby finds himself an unwitting protector, and unexpected friend, to a helpless (and quite adorable) baby bird.
Bird Karma – Directed by William Salazar and produced by Jeff Hermann, the beautifully artistic 2D short film Bird Karma tells a delightfully lyrical and fully unexpected tale of a long-legged bird’s journey of blissful joy, inescapable greed and the accidental discovery of the consequences when too much is not enough.

How to Voice Your Viking – Go behind the scenes with the cast as they record the Viking voices of HOW TO TRAIN YOUR DRAGON: THE HIDDEN WORLD.

How I Learned from Dragons – The diverse cast of characters reveal why they think the dragon trilogy is so special.

The Dragon Sheep Chronicles – Protecting sheep from the dragons of Berk is no easy task but Hiccup has a plan.

Growing Up with Dragons – After years of being with these characters, hear the lasting effects of the dragon trilogy from the filmmaker’s perspective.

The Evolving Character Design of Dragons – Cast and crew reveal what it was like to evolve not only the characters of HOW TO TRAIN YOUR DRAGON: THE HIDDEN WORLD, but themselves as well.

Drawing Dragons – Get a glimpse of what goes in to designing a DreamWorks dragon.

Epic Villain – A different kind of villain, Grimmel brings great challenges to the village of Berk. Go behind the scenes as filmmakers breakdown this epic character.

Astrid’s Whole Dragon Trilogy in 60 Seconds – Hold on tight as Astrid sums up the whole dragon trilogy in a legendary 60 seconds.

Welcome to New Berk – With Hiccup as your guide, get a firsthand look at the updated Viking village of New Berk.

HOW TO TRAIN YOUR DRAGON: THE HIDDEN WORLD will be available on 4K Ultra HD, Blu-rayTM, DVD and Digital.

MOVIES ANYWHERE is the digital app that simplifies and enhances the digital movie collection and viewing experience by allowing consumers to access their favorite digital movies in one place when purchased or redeemed through participating digital retailers. Consumers can also redeem digital copy codes found in eligible Blu-rayTM and DVD disc packages from participating studios and stream or download them through Movies Anywhere. MOVIES ANYWHERE is only available in the United States. For more information, visit https://moviesanywhere.com.

Hello dear Blanchetters!
2018 is almost ended and 2019 is about to start in the best way. How? With Cate coming back to cinemas! How to Train You Dragon 3 is opening in cinemas starting from January 3 (Australia). The US release has been also moved up a week: the animated feature will open on February 22.
The promotion is goign on in full swing, no premiere date has been set yet, but we’ll keep you posted.
The only picture of Cate is a behind the scenes taken at the recording studio where she was dubbing Valka, Hiccup’s mother. You can hear her in these clips below! Enjoy! 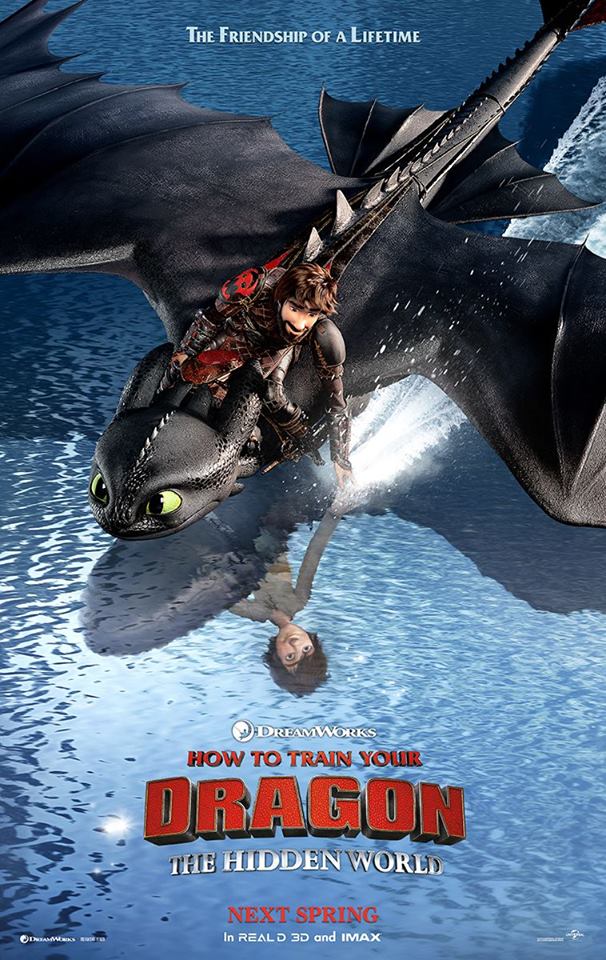