After Vogue Australia, Cate Blanchett graces the cover of another magazine: Harper’s Bazaar Australia (May Issue). Photo by Tom Munro. 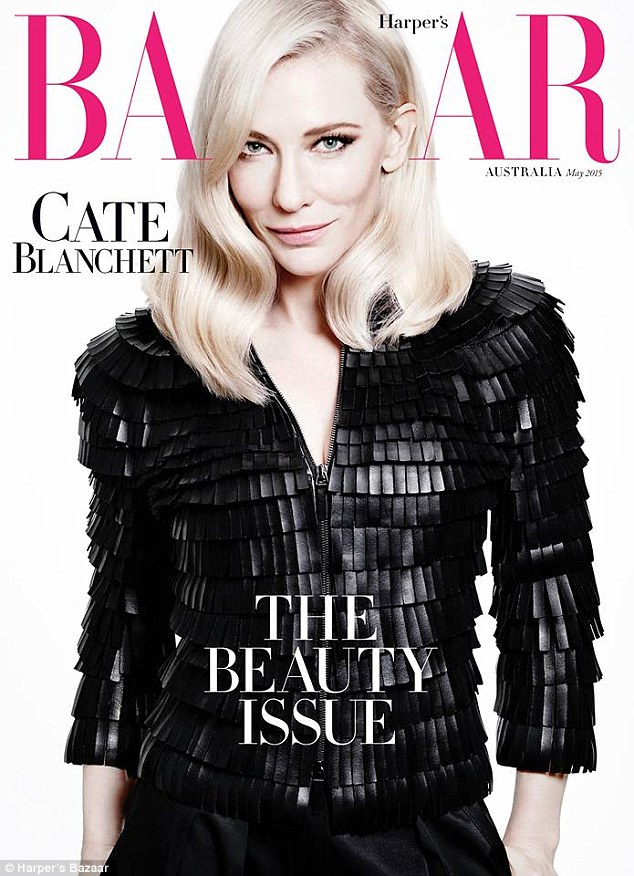 ‘Since I’ve been struttin’ the red carpet, things have changed a lot,’ Blanchett told Harper’s Bazaar Australia. ‘The way women are asked about those red-carpet moments. Oh my God. It’s just a dress!

‘People forget the fact that women are up there [at the Academy Awards} because they’ve given extraordinary performances. It’s a wonderful excuse to dress up and have F.U.N. But let’s not forget the work.’

On the subject of the controversial ‘Mani Cam’, which a number of celebrities including Jennifer Aniston and Julianne Moore refused to participate in, Cate joked: ‘Next it will be, “What brand tampon are you wearing?”

‘How much more intimate can they get? “Show us your knickers”? There is a line.’

The 45-year-old actress had a glamorous goth makeover for the magazine cover shoot, which sees her sporting sultry smoky eye make-up and leather.

The fringed leather jacket is by Giorgio Armani and costs an eye-popping $11,935.

The star is promoting her new film Cinderella, but plans to take a break until June, to take some time out to bond with her adopted baby daughter Edith Vivian Patricia Upton.