Cate Blanchett on the cover of S/Magazine Spring 2018 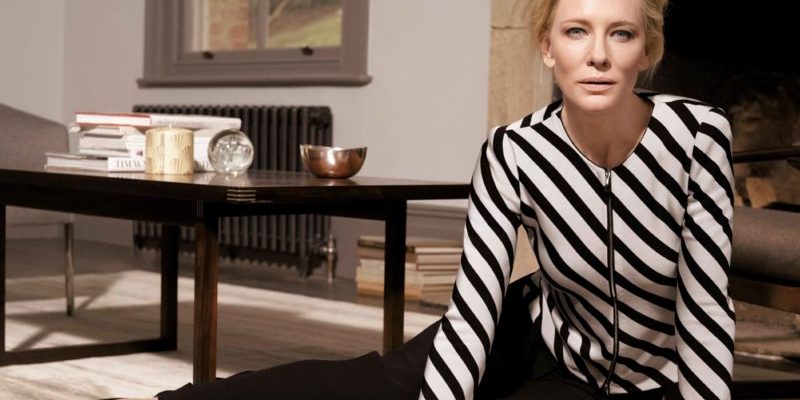 Hello Everyone! Cate is on the cover of S/Magazine for the spring issue, on display till june 11th, here’s the article:

“Where are you?” Cate Blanchett pleads urgently from Italy. “Why aren’t you in Milan?” The actor, 48, is visiting the fashion capital as the House of Armani’s guest during fashion week. When told that this writer is calling from Toronto, she considers our situations. “Hmmm, Milan, Toronto,” she sing-songs, punctuated by a laugh that says it all. “No offense,” she adds.

It’s been mere seconds, yet Cate Blanchett’s confident irreverence is already electrifying the conversation from across the ocean. With performances in films as varied as Elizabeth, The Lord of the Rings and Blue Jasmine, it’s easy to forget that the biggest character of all might be Blanchett herself. Her headline-making quips are as funny as they are fearless, unabashedly voicing her resistance to all forms of injustice. Take her speech at last fall’s InStyle Awards in the wake of the Harvey Weinstein scandal. “Women like looking sexy, but it doesn’t mean we want to f–k you,” she said. “No one says to Steve Bannon, ‘You look like a bag of trash. Do you want me to throw you out?’”If there’s anything unifying her wildly eclectic roster of characters, it must be the weight of their onscreen presence, whether she’s channelling Queen Elizabeth I (Elizabeth and Elizabeth: The Golden Age) or Katherine Hepburn (her Oscar-winning role in The Aviator), playing Cinderella’s sinister stepmother (2015’s Cinderella) or a self-centred snob tumbling down the social ladder (Blue Jasmine). She brings the same degree of commitment to playing someone as ripped-from-the-headlines as CBS News producer Mary Mapes (Truth) or as fantastic as Hela, goddess of death and fancier of flamboyant headwear (Thor: Ragnarok).

Her next two roles continue to prove there is no such thing as a “Cate Blanchett movie.” Next up is Richard Linklater’s comedic drama Where’d You Go, Bernadette, out this May, in which she plays a reclusive architect who becomes an unlikely missing person just before a family vacation. “He’s so profoundly laid back it belies how meticulous he is,” she says of the Oscar-winning Boyhood director. “And he’s got this real sort of rubbish-radar. He’s very authentic.”

She’ll follow the indie with a summer blockbuster-to-be, Ocean’s 8, opening June (wait for it) 8th, a spin-off of Ocean’s Eleven in which an eclectic group of women team up to pull off the ultimate heist at the glitzy Met Gala. Blanchett was as excited as anyone by the dream cast, which includes Sandra Bullock, Anne Hathaway, Helena Bonham Carter, Mindy Kaling, Rihanna, Sarah Paulson, and rapper Awkwafina. “You couldn’t meet a better bunch of women,” she says, chummily listing off her co-stars by first name (Bullock is “Sandy”; Hathaway is “Annie”). She adds with a laugh, “I hope the film’s good, but, you know, that remains to be seen.”

It’s rare to find a blockbuster stacked with so many A-list female actors. When it’s noted that she’s starred in a number of films, such as The Lord of the Rings series and the George Clooney-directed The Monuments Men, with overwhelmingly male casts, she quips, “Haven’t we all.” When she won Best Actress at the Oscars for Blue Jasmine in 2014, she said in her acceptance speech, “Those of us in the industry who are still foolishly clinging to the idea that female films with women at the centre are niche experiences, they are not. Audiences want to see them, and, in fact, they earn money. The world is round, people!” But feminist altruism certainly wasn’t why she signed on to Ocean’s 8. “You can’t make things only for political or social reasons,” she says. “It has to be a light, chic, cool piece of entertainment. No matter how good the performances are it will live or die on that rhythm.”

It’s delightfully meta that Blanchett will sass the extravagant Met Gala in Ocean’s 8 as Blanchett is herself one of the reigning queens of modern Hollywood style. Though she’s almost always hailed on the “best dressed” list, she couldn’t help but despair a few years ago when she was invited to stick her toes into the E! channel’s pedi cam on the Golden Globes red carpet (the mani-pedi cam has since been discontinued). “I thought, this is a new low,” she says. Another time, at the 2014 SAG Awards, she interrupted an interview with E!’s Giuliana Rancic when she caught the camera doing a toe-to-head swoop of her outfit. “Do you do to that to the guys?” she asked, crouching and pointing her finger into the lens as the camera panned up her torso. “What do you think is going to happen down there that is so fascinating?”

“When you get commodified and it becomes mercantile, then all the pleasure goes out of it,” she says today. Not that Blanchett doesn’t love the pageantry of the red carpet. “You only get to wear these incredible pieces of couture in the arena,” she says, likening the style spectacle to the kind of gladiatorial showmanship seen in Thor: Ragnarok. “I love beautiful things, and to work with designers on one-off pieces is such a privilege and such a pleasure.”

Blanchett formalized her close relationship with Giorgio Armani and his empire of Italian tailoring in 2013, when she signed on as the face of the house’s Sì fragrance. It’s her first, and to this day her only, fragrance campaign. She’s used her platform as a perfume evangelist to speak about deeper topics, including the strength of women and the beauty of duality; how one person can be both fragile and tough, masculine and feminine.

Scent is one of the triggers that Blanchett has used to create characters both onstage and onscreen. They aren’t always pretty. “I was playing a very obnoxious, loud individual,” she says, referencing a part in a play, the name of which escapes her. “So I wore something that had a lot of tuberose in it. It really annoyed one of my fellow actors. He said, ‘If you don’t stop wearing that perfume, I’m going to stop wearing deodorant.’ It became the stink wars!”

She wore Sì Intense during last year’s Broadway run of The Present, a retelling of Anton Chekov’s Platonov adapted by her husband of 20 years, playwright and director Andrew Upton. “I like to think that if you walk down stage centre that an audience can get a whiff of it,” she says.

The latest incarnation of Sì, Sì Passione, brings a flourish of jasmine to the rose floral fragrance. “That, for me, is very sensual,” says perfumer Julie Massé, who co-created the original Sì with Christine Nagel. She also added the floral heliotrope to the heart. “It has an almond note,” she says. “It gives a slightly comfortable and warm background.”

But it’s the flanker’s lasting depth that appeals most to Blanchett. “I love the fragrances with a really great base note,” she says, citing Sì Passione’s cedar and vanilla base as part of its allure. “You have these very comfortable bottom notes and you want to come back to it,” Massé says. “When you come back to your scarf or someone passes you, there is something that appeals but it is not something that is heavy.”

It’s a comfortable contrast with the reigning top notes, which are soft and fresh: think spicy pink pepper, pear, and blackcurrant. Along with the peppery top notes, Blanchett describes Sì Passione as carrying “a mysterious, sensual depth.” When does she wear it? “I’d say wear it at night,” Blanchett says. “But I want that feeling all day long.”

With that, Blanchett is being called away. “I am getting that helicopter signal,” she says peevishly, describing the twirling finger that is the universal symbol for “wrap it up.” There is so much left to say, but rest assured that it will take more than the wave of a finger to silence Blanchett. We have also updated some of our albums with better pictures. Enjoy! The House with a Clock in Its Walls poster + infos 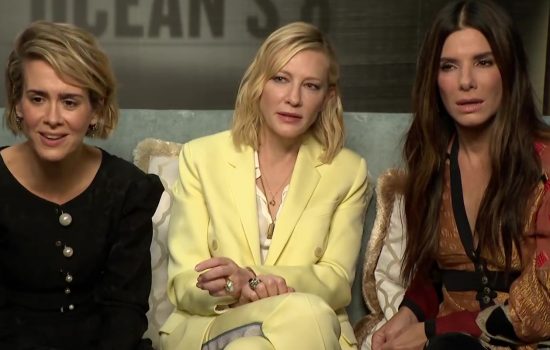