Two days till Mrs. America! Enjoy all the goodies!

LOS ANGELES (KGET) – Cate Blanchett was only a child growing up in Australia when the battle to ratify the Equal Rights Amendment (ERA) was going on in the United States. Her unfamiliarity with the period was one of the reasons she signed on to be both an executive producer and actor in the new FX on Hulu short-run series “Mrs. America.”

It tells the story of the unexpected backlash in the ‘70s led by a conservative woman named Phyllis Schlafly (played by Blanchett) to block the amendment supported by feminists Gloria Steinem, Betty Friedan, Shirley Chisholm, Bella Abzug and Jill Ruckelshaus. This battle gave rise to the Moral Majority and forever shifted the political landscape.

“It is a gift as an actor to get the opportunity to play roles and characters who outside your frame of reference,” Blanchett says. “I think every time you do that your world view gets expanded.

“At the time Phyllis Schlafly was alive and incredibly active and influential, she was speaking to a whole group of people who felt their voices weren’t being heard. I found the investigation of her home life, her political views, what she said to be incredibly eye opening.”

CATE BLANCHETT PLAYS PHYLLIS SCHLAFLY, THE MOTHER OF SIX WHO CHANGED THE US IN MRS. AMERICA – Full interview here

You can literally see Phyllis’ distaste when she says to her husband, “Thank you, daddy” for some small permission and all these traditional microaggressions that she gets. But she doesn’t see how the liberation movement could change things.

It’s not a documentary or biopic on Phyllis Schlafly, it’s about the various sections of the women’s movement. But no matter who you’re playing, you have to put them on the couch and ask them the hard questions. I found her role models as a child fascinating. Particularly when you look at her long term, successful marriage and the fact she had six children and she had a very, very public career and to seemed to be able to balance both. I don’t think anyone balances anything. Her mother was a very strong influence in her upbringing and worked 24/7 to put her and her sisters through a very exclusive Catholic girls’ school. Her father was unemployed for a number of years yet remained the patriarch. And I think therein lies the rub. She grew up in a very contradictory, unusual household. A line that always sticks in my head is that Fred, her husband, saved her from the life of a working girl. But she was always the most overqualified person in the room.

She’s such a polarizing figure and quite contradictory but it’s undeniable that she is a contemporary woman who really changed the course of the American political landscape. She did that by shifting the language. She really did move the notion of anti-abortion to pro-life, which was a central plank into the Republican party and conflated that with being pro-American and pro-family and characterized the feminist movement as being anti-family. So, the language, the rhetoric which she employed during the campaign to defeat the Equal Rights Amendment has had a profound influence in the way the Republican party not only talks to the American populace, but talks to itself about what it stands for.

“We are all women of contradictions,” Blanchett said in her trailer, her faded jeans and sneakers making a striking contrast with her high-maintenance Schlafly wig. “My mother was saying to me, ‘How can you play someone like this?’ And I said, ‘Because you just asked me that question. I want to find out who she is.’”

“My first knowledge of Phyllis Schlafly was her coming out in support of Trump,” said Blanchett, sitting in her trailer at the amusement park before the day’s filming began. “So I was reverse-engineering my understanding of her grass-roots influence over how we got where we are today.”

What Schlafly understood, Blanchett said, was that many American women did not see feminism as the answer to their problems.

“Women who had been working, in a traditional way, in the home, felt judged and marginalized,” Blanchett said. “They felt that they had been told by the feminists that they were less-than.” Schlafly harnessed this contempt with great success. But she was never able to gain a foothold in the Republican establishment.

The acting is top-notch. Blanchett shines in her rich multi-faceted portrayal of Schlafly and embraces all of the character’s prickly contradictions. She promotes traditional family values, yet leaves her own family in the care of an African-American maid; she loves her husband and asks for his guidance in presenting her legal arguments, but joyfully manipulates him when necessary. She’s ruthless, passionate, blazingly intelligent, proudly stylish and all too willing to bend the truth to make her case. Blanchett’s work is sure to dominate awards season (whenever that happens).

Blanchett gives Phyllis a fierce intelligence that makes it impossible to truly despise her and write her off, which is the hallmark of any great screen villain. I once had a writing teacher who said that an antagonist can be 99% bad, but the remaining 1% needs to be heroic, or at least relatable. There’s a scene early on where a male politician and talk show host tells Phyllis to smile when the cameras roll. The look of anger on Blanchett’s face when the guy says this is subtle enough that the politician doesn’t notice, but any woman watching will probably deeply understand her and relate to her in that moment. I know I did.

Blanchett and Byrne go above and beyond simple impersonation, finding the humanity in their respective public figures. Byrne’s Steinem is overwhelmed but prepared to push through it, trying to make peace between warring factions while still preserving her own mission, while Blanchett manages to show us all the self-defeating compromises Schlafly has internalized in order to survive in a culture that sees her as ultimately ornamental. She’s made herself a Judas goat for all conservative women in order to claim some status for herself; the question is whether she even understands she’s done it. 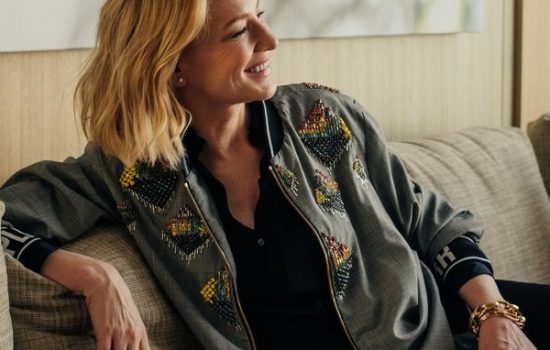 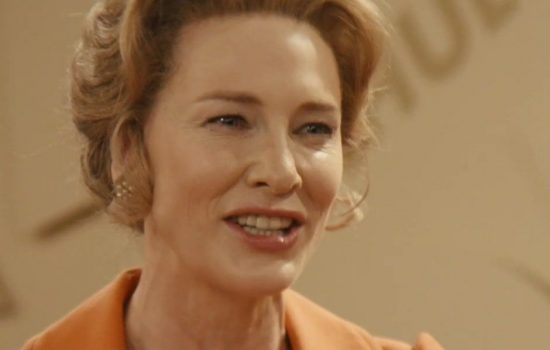 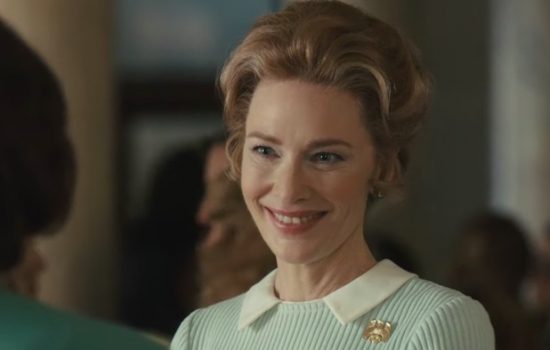