Five days to Mrs. America! FX Networks released the first featurette from the tv series (watch it below) while new interviews and reviews keeps popping out in the net, we can barely keep up.

Site admins wish to thanks the CBFChat’s members for making our job easier. You’re the best! “She’s such a polarizing figure and quite contradictory, but it’s undeniable that she’s a contemporary woman who’s really changed the course … of the American political landscape,” Blanchett told Rotten Tomatoes and others during a phone conference. “And I think she did that by shifting the language. She really did move the notion of anti-abortion, which then became pro-life, as a central plank into the Republican party and labeled everything ‘pro-American’ and ‘pro-family’ and characterized the feminist movement as being anti-family.”

Blanchett says Schlafly grew up in a household where her mother was the breadwinner, but her frequently-unemployed father was still considered the patriarch and that she used to say of Fred that he “saved her from the life of a working girl.”

“I think that she had a foundational understanding that she needed to be able to take care of herself; that she needed to be incredibly capable and able to earn a living should she be abandoned should be left alone,” Blanchett said of the mother of six. “So she was always the most overqualified person in the room.”

This isn’t to say that one cannot learn anything from Schlafly — or her tactics.

“The thing that Phyllis did identify, perhaps more roundly and more realistically than the feminists [at that time], is that in order to reach equality, certain white men power are going to have to share their privileges,” Blanchett said, adding that “she knew which side she was going to stand on.”

Cate Blanchett’s first image of Phyllis Schlafly was at a podium before the 2016 presidential election.

“This little old lady was literally wheeled out to endorse Trump,” Blanchett says. “And then, Trump was at her funeral, and I was thinking, ‘Why?’”

When Blanchett was asked to play Schlafly in “Mrs. America,” an FX on Hulu miniseries, she did her research and quickly understood “the power of Phyllis Schlafly’s Rolodex. That Rolodex is what helped get Reagan elected, what changed the whole plank of the Republican Party to put pro-life in there. I was gobsmacked by her ability to inspire and galvanize and mobilize people through various different tactics. … She was a true alpha and absolutely a force of nature, much like myself.”

A consummate researcher, Blanchett says she read as much as she could about Schlafly before beginning to figure out how to portray her.

“Phyllis was very much a believer in the status quo,” the two-time Oscar winner says. “Everything about Phyllis, from her actions to her appearance to her family life, spoke to order.”

Schlafly was also a very polarizing force, which could explain why she didn’t win a seat in Congress, even though she ran a vigorous campaign.

“In the end, how polarizing she became was the very thing that prevented her from getting a place in Reagan’s cabinet,” Blanchett says.

While something like “Mrs. America” might have been a place for Blanchett to make her own political statement, she quickly dismissed that idea.

“My agreement or disagreement or my personal political persuasions I couldn’t be less interested in folding into a character,” she says. “The way you create ambiguity and juxtaposition in a character is to simply butt them together and then present it to an audience. We are all full of contradictions and hypocrisies. No one is perfect, including Phyllis, although her hair was mostly always perfect.”

Blanchett figures Schlafly’s unyielding personality came from her Catholic faith. But she wasn’t one to use it as a shield. Instead, she faced her detractors head-on.

When entertainer Anita Bryant was hit in the face with a pie, “she grabbed her husband’s hand or her boyfriend’s hand and started weeping and praying,” Blanchett says. When the same thing happened to Schlafly, “she turns around without missing a beat and says, ‘Well, I’m glad that pie wasn’t cherry because it would have stained my dress.’”

Like Bryant, Schlafly opposed homosexuality. “And yet her son was out and gay, and he supported her,” Blanchett says. “The world is a complicated place.”

To understand Schlafly’s place, the actress looked at the articles the activist wrote, watched the interviews she gave and read the speeches she delivered. “You absorb all that stuff, and then you have to sort of channel it through the framework of the script.

“I think for a lot of people, politics is a game,” Blanchett says. “Phyllis was a political animal. In one interview with Larry King, she said, ‘If you’re a doctor and you can’t stand the sight of blood, you can’t be a doctor. If you’re frightened of controversy and your work is in the political arena, you’re in the wrong field.’”

Unwilling to damn or praise Schlafly, Blanchett says her job is to present a character, warts and all.

“Like a therapist, you have to reach a point of understanding. You have to try and understand, from their perspective, what they think they’re doing. But you also have to try to understand what other people’s opinions were, too.”

In portraying the conservative firebrand Phyllis Schlafly, Ms. Blanchett is hypnotically over the top, politely frenzied, a frozen smile atop naked ambition. It’s a performance both fascinating and poisonous, as well as cartoonish, critical and, after a few episodes, addicting. That the series is being rolled out over six weeks, rather than all at once, might be for our own protection. Consult a physician, if you can find one.

Schlafly is at the center, though, and Ms. Blanchett’s performance will no doubt become—like Faye Dunaway’sJoan Crawford—the superseding, ineradicable image of a woman driven by a zealotry that knew no bounds.

Schlafly is ostensibly the subject here, and Blanchett’s performance is masterful, but “Mrs. America” is an ensemble piece in which its central figure functions as an event—that uncanny calm that comes before a tornado begins to form.

There is but one unforgivable sin in “Mrs. America,” one epitomized by Schlafly and brought to life by Blanchett’s frozen smiles, flickering eyes, and a voice that shoots out like the gong of a bronze shield: to know something is wrong, do it anyway, and then keep doing it for as long as you can.

It should come as no shock that the accomplished Blanchett excels at the role. Blanchett deftly navigates between Schlafly’s two extremes, channeling her affected, over-the-top accent and mugging for the cameras before slipping into a somber frown during her more private moments. As much as Blanchett’s take on Schlafly assures her supporters and detractors alike that she’s treated equally, she’s not. Her husband Fred (John Slattery) routinely brushes off her achievements and opinions, and while his colleagues allow her into the room, they routinely subject her to taking notes. Even when posing with a smile under these mistreatments, Blanchett infuses Schlafly with an unspoken fury. That fury that is then channeled into every speech and protest baking spree against the ERA.

While Blanchett waltzes through the miniseries like Eleanor Parker, she doesn’t quite get the hardscrabble woman who tilted at the ERA windmill. She’s too patrician for those of us who remember her.

Blanchett, who also executive produced this, floats in and out of the episodes, showing Schlafly’s struggles to go to law school, run a business and still make dinner in the same day. She gets some of the more humorous moments (watch her when she’s fact-checked on the “Tomorrow” show and “pied” at a luncheon), but she also has the weight of the underdog to consider.

It should come as no shock that the accomplished Blanchett excels at the role. Blanchett deftly navigates between Schlafly’s two extremes, channeling her affected, over-the-top accent and mugging for the cameras before slipping into a somber frown during her more private moments. 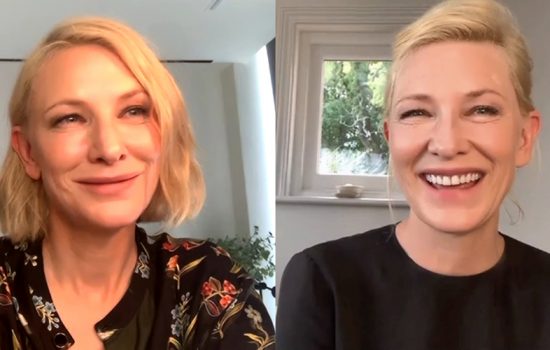 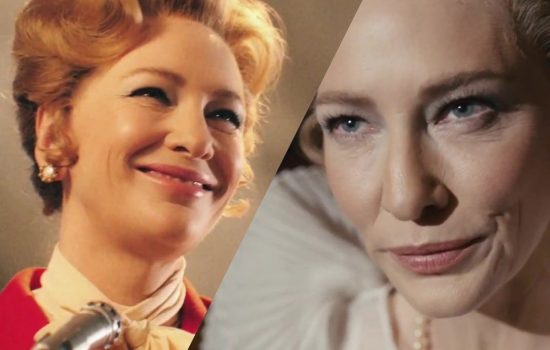