Welcome to Cate Blanchett Fan, your prime resource for all things Cate Blanchett. Here you'll find all the latest news, pictures and information. You may know the Academy Award Winner from movies such as Elizabeth, Blue Jasmine, Carol, The Aviator, Lord of The Rings, Thor: Ragnarok, among many others. We hope you enjoy your stay and have fun!
Published on In
Movies Pinocchio

Some Cate movie news. She will be teaming up with director Todd Field for a new movie, and we also have update on which character she will be voicing in Guillermo del Toro’s Pinocchio (thank you for the heads up from one of our chat members, Catepedia). You can also listen to Cate’s introduction for the Leaving Isn’t the Hardest Thing audiobook below.

Cate Blanchett and In the Bedroom director Todd Field have teamed up for the filmmaker’s next picture. She’ll star in TAR, a drama that Field wrote and will direct for Universal Pictures-based Focus Features. They are keeping the plot under wraps, but it is set in Berlin, and production will begin in September.

Most recently seen in Mrs. America, Blanchett wrapped the Guillermo Del Toro-directed Nightmare Alley and the Adam McKay-directed Don’t Look Up, and Pinocchio and she is filming the Eli Roth-directed Borderlands.

Pinocchio, the stop-motion animated musical directed by the team of Guillermo del Toro and Mark Gustafson, will follow Pinocchio (Gregory Mann) as he comes to life and dreams of becoming a real boy in 1930s Fascist Italy. Following his creation by Geppetto (David Bradley), the wooden puppet takes a liking to mischief and begins playing cruel tricks on those around him.

The Pinocchio cast will also feature the voices of Ewan McGregor as the Talking Cricket, Ron Perlman as Mangiafuoco, Tilda Swinton as the Fairy with Turquoise Hair, Cate Blanchett as The Dove, Finn Wolfhard as Lampwick, and several other notable stars.

Guillermo del Toro has been working on getting his darker version of Pinocchio off the ground since 2008 and went through a series of ups and downs before Netflix stepped in and revived the project in October 2018 with a release at some point in 2021. The exact release date remains unknown at this point, especially after Netflix announced that Pinocchio could be pushed back to 2022 or later.

You can listen to Cate’s introduction for Leaving Isn’t the Hardest Thing audiobook. There was also a 10-minute preview of the audiobook being read by Cate. Click here. 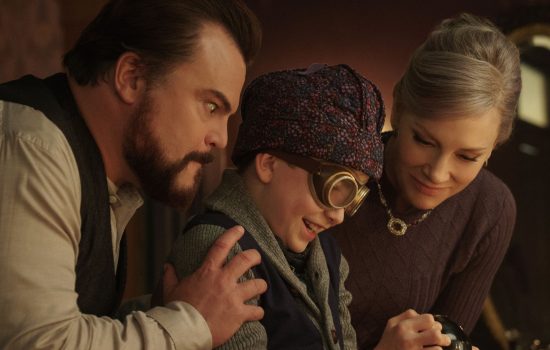 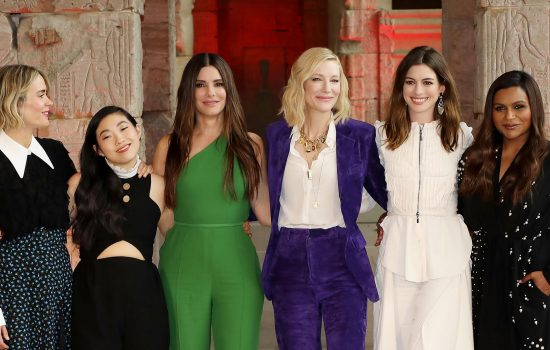