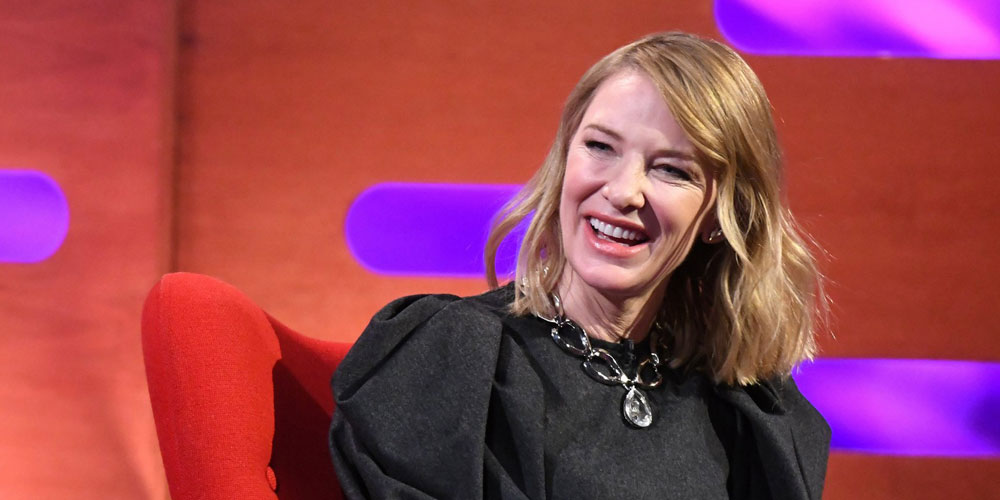 Hi, everyone! It’s been a great week for Cate Blanchett fans!

Check out this first look at Cate on The Graham Norton Show which will air in the UK at 10:35pm. 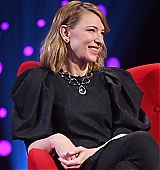 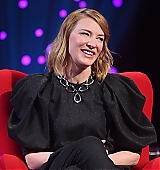 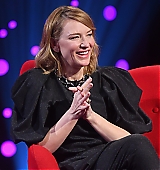 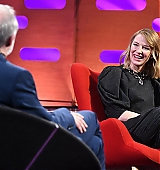 Cate, talking about film noir remake Nightmare Alley, says “Playing a femme fatale is a pretty rare opportunity.”  And, asked about the amazing sets, she says, “The production design was incredible – the director was across every single detail – we even had the lighter from The Maltese Falcon but of course it took about 97 takes to get it to work.”

Asked why she looked almost unrecognisable as a news anchor in Don’t Look Up, she says, “Because of Covid it was very difficult to get anyone to do anything, so I happened to have a set of teeth and wig from a previous movie.  Everything else is makeup and acting!”

Source: Beyond the Joke