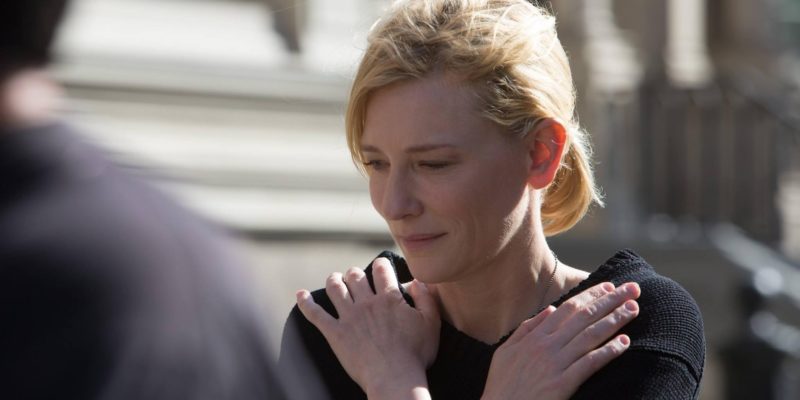 We have new stills and the official poster for the Japanese release of Knight of Cups. The Terrence Malick’s film starring Christian Bale, Natalie Portman and Cate Blanchett. Special thanks to @JohnSantFilms on Twitter for sharing the news with us.

The official poster for the Japanese release of Knight of Cups

Good afternoon, everyone. I added BluRay Screen Captures of Cate Blanchett in Knight of Cups.

After the Berlin and the Moscow Film Festivals, Knight of Cups, Malick’s upcoming movie, it’s going to be screened at the Jerusalem Film Festival on July 15th, 2015. To buy a ticket click here

The first poster for Knight of Cups has been released. The movie will premiere tonight at the Berlinale Film Festival and Cate is expected to attended.

Once there was a young prince whose father, the king of the East, sent him down into Egypt to find a pearl. But when the prince arrived, the people poured him a cup. Drinking it, he forgot he was the son of a king, forgot about the pearl and fell into a deep sleep.
Rick’s (Christian Bale) father used to read this story to him as a boy. The road to the East stretches out before him. Will he set forth?

Official long synopsys for Knight of Cups – the movie will premiere this Sunday (February 8th) at the 65th Berlin Film Festival (in competition):

Rick is a slave to the Hollywood system. He is addicted to success but simultaneously despairs at the emptiness of his life. He is at home in a world of illusions but seeks real life. Like the tarot card of the title, Rick is easily bored and needs outside stimulation. But the Knight of Cups is also an artist, a romantic and an adventurer.

In Terrence Malick’s seventh film a gliding camera once again accompanies a tormented hero on his search for meaning. Once again a voiceover is laid over images which also seek their own authenticity. And once again Malick seems to put the world out of joint. His symphonic flow of images contrasts cold, functional architecture with the ageless beauty of nature. Rick’s internal monologue coalesces with the voices of the women who cross his path, women who represent different principles in life: while one lives in the real world, the other embodies beauty and sensuality. Which path will Rick choose? In the city of angels and the desert that surrounds it, will he find his own way?

New photo from the set: Cate Blanchett as Nancy. The movie was shot in 2012 and according to the Internet Movie Database will hit the cinemas at the end of the year.

New still for Cinderella. This movie will also debut at the Berlinale, out of competition, on February 13th.

Giorgio Armani Beauty (the italian website) just released a new advertising for Sì Eau The Toilette. Cate Blanchett has shot the new commercial in Sydney the past week.

Here’s the first trailer for Knight of Cups which will premiere in February on the Berlin Film Festival. Still no date for a wide release.

Once there was a young prince whose father, the king of the East, sent him down into Egypt to find a pearl. But when the prince arrived, the people poured him a cup. Drinking it, he forgot he was the son of a king, forgot about the pearl and fell into a deep sleep. Rick’s [Christian Bale] father used to read this story to him as a boy. The road to the East stretches out before him. Will he set forth?

Terrence Malick’s Knight of Cups will premiere on the 65th Berlin Film Festival in February and it’ll be on competition.

Kenneth Branagh’s Cinderella will also premiere on the Festival but it’ll be out of competition.

The Festival runs through from February 5th to 15th.