An enlighting conversaton with one of the best stylist in the world! 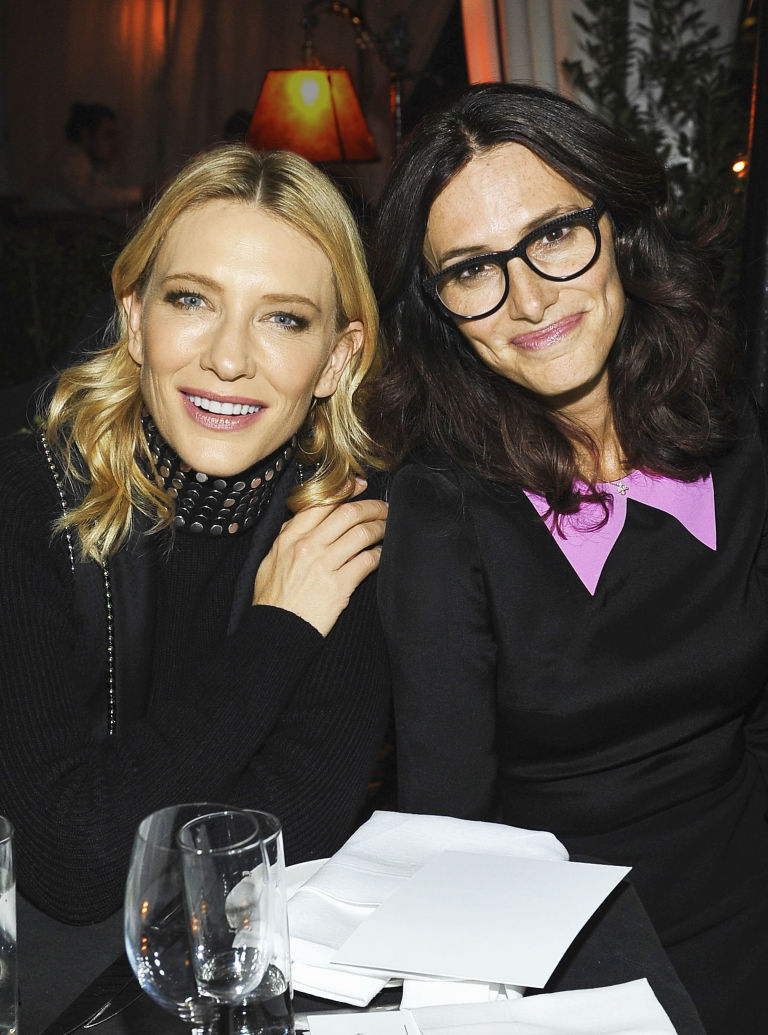 I’ve been styling Cate Blanchett for more than eight years. Because of her crazy schedule, she doesn’t have a lot of time for fittings. She has a very, very busy life—she has four kids—so she tends to come in for a fitting right before the event. I really have to know what she’s going to like.

Cate and I e-mail three to four times about dresses before we meet, so there have been some back-and-forth and images exchanged. Normally we try to prep all the clothes the night before a fitting because we often start very early.

When Cate and I are together, we’re looking for pieces for several events. We’ll do our fitting in Cate’s hotel, my studio—wherever works.

Today was a usual day working with Cate: She landed from Sydney, and we went right to work on what she would wear for some upcoming television appearances and the New York premiere of Carol. I had around 10 dresses to show her, but they were a solid 10 dresses. We have to be very quick when we’re together—we never have the luxury of a three-hour meeting. We fit about 20 events in less than an hour. Pictures are very critical during the process; we photograph everything. If I’m sending her off on a press tour, everything’s packed together, and there’s a PDF that describes exactly what the dress is, what it’s for, what accessories go with it. It’s very well documented.

One of my most memorable moments with Cate was one year at the Oscars when she was about eight months pregnant and wore the Dries Van Noten dress. She arrived that morning and tried on her dress for the first time, and then wore it. She’s really decisive. Six months before, literally all she said was, “I think I’d like to wear Dries to the Oscars,” and that was that. It just went from there. She will just drop something, and I’ll go with it.

She also loves new designers, so we really stay on top of that as well. For example, she wore this tattoo dress by Yacine Aouadi in New York, then an Esteban Cortazar piece to the London premiere of Carol. She is intensely curious; she’ll send me an e-mail about a designer and say, “What about this person?” And it’s always someone I’ve never even heard of, which is amazing.

After the fitting, we’re in the car, going to different events. We all eat in the car, or wherever we are. Everyone gets very mad at me because I always want to get In-N-Out Burger. Once I was in Tokyo with Cate and the whole team, and they all love sushi, so that’s what we ate every day for lunch.

Keep in mind, we’re also driving around with the big gowns in the car—they have to get from place to place. Cate’s team travels in the same car, so we’ll plan and chat about all of her upcoming events. Recently there was a dress designed for Marc Jacobs’s spring show, which for one reason or another did not make it onto the runway. When we were searching for a dress for the 27th Annual Palm Springs International Film Festival Awards Gala in January, they sent it to us as an option, and we loved it.

“Where’d you go Bernadette?” has a new release date.