The Samsung AACTA Awards are taking a different approach to their inaugural ceremony on January 31 at the Sydney Opera House, with president Geoffrey Rush running proceedings but not playing a traditional hosting role.

The AACTAs will be broadcast live on Channel 9 with Rush to be joined by presenters including Cate Blanchett, Jonathon LaPaglia, Rachael Taylor, Anthony LaPaglia, Xavier Samuel, Lincoln Lewis and Rob Carlton.

Carlton, who is nominated as best lead actor in a television drama for playing Kerry Packer in the ABC’s Paper Giants, yesterday told the Herald Sun he would fly by the seat of his pants in his presenting slot.

“Here’s my tactics: if you’re towards the end of the night and you don’t have comedy gold, you just get straight to it,” he said.

“If you’re in the middle of the night and things have been a little dry, you try to throw in an observation, so long as it’s not a complete U-turn.

“The key is to make sure you look like you’re having fun, so then if you bomb at least people can smile along with you as you’re falling down in front of them.”

Carlton admits he has tough competition in the best actor category from Alex Dimitriades, Don Hany and Jonathan LaPaglia. His co-star Asher Keddie, who played Ita Buttrose, is also nominated for best actress.

But far from dreaming of awards glory when he was making Paper Giants, Carlton said the role gave him nightmares.

“From the time I got cast to finishing the shoot, I would wake up and the first thought would be: terror, dread, Packer,” he said.

“I’d get home from shooting, last thought before bed: Packer. Then I’d dream about the bugger. Then wake up: dread, Packer.

“In the middle of that kind of anxiety, you do not start dreaming about how well it’s going to go.”

AACTA said Olivia Newton-John will perform during the ceremony, delivering a medley of songs from the soundtrack to her new Australian film A Few Best Men.

Cate Blanchett Among The Winners of 2011 Sydney Theater Awards

Cate Blanchett to Rule The Stage As Cleopatra? 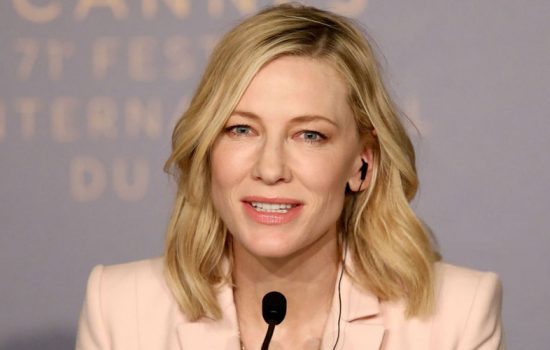