There is a new interview from The Observer with Cate and Danny Kennedy for their Audible original podcast, Climate of Change. Check out the magazine scan and you can read a part of it below.

Cate Blanchett is Australian. I mention this fact because I’d forgotten it, somehow, so her manner of speaking — upbeat, front-footed, Aussie-accented — comes as a surprise. And I’ve spent quite some time hearing her talk over the past couple of days, as she has a new podcast, Climate of Change, which she hosts with her friend Danny Kennedy, another Australian. Kennedy is a CEO of an environmental non-profit, New Energy Nexus, and runs the California Clean Energy Fund. Their podcast, as you may have guessed from the title, is about the climate emergency. But before you come over all world-weary and what’s-the-point, before you get tetchy about preachy celebrities telling us stuff we already know, you might as well stop. Blanchett is already there.

“You can recycle up the wazoo, Miranda,” she says (told you she was Australian), “but it can just make you feel more cross and isolated and panicky… I get that. What we’re trying to do with the podcast is to turn the magnet towards optimism in these incredibly pessimistic times.:

We’re talking via video link, but Blanchett has her camera turned off. Kennedy, who’s in his office in Oakland, California, hasn’t and he wanders around, showing us the view from the window (just some more offices really). Blanchett’s location is a secret, due to heavy-handed PRs and her natural privacy, though I’d guess she’s in the UK (she lives in Sussex).

The location doesn’t really matter, of course, as they’re talking about a worldwide problem. The climate crisis is very real — we need to halve the world’s carbon emissions by 2030 —and becoming ever more so for those living in Europe, with our reliance on Russian gas. If you think about it all too hard, you can panic.

And Blanchett does, she says. In the first episode, she chats into the mic as she drives her electric car towards London and discusses how overwhelmed she can feel by the “tide of bad news”. She describes herself as a “mother of four” (the oldest is 20, the youngest seven) and an “optimistic pessimist”, and confesses to range anxiety as she forgot to plug in her car to charge last night. Her role in the show is to represent the listener, which is weird as she’s globally famous. But Blanchett’s approach is relatable: she wonders aloud if making an effort is worth it. Why bother recycling, up the wazoo or no, if the tipping point to the end of the worlds is so close and the people in power are still locked into fossil fuels?

She and Kennedy made Climate of Change earlier this year, mostly in a studio in east London. They have some strong guests: Adam McKay, the director of Don’t Look Up, makes an appearance, as does Prince William, to talk about his Earthshot prize. (He explains it very well, actually; it sounds much more interesting than I’d realized.) Still, at the start of the series, in common with many climate emergency podcasts, the discussion can feel rather broad, with smudgy chat about tech and innovation and the “disruptive decade”. At one point, someone says” “We are the stories we tell ourselves,” which might be true but doesn’t help that much with the gas bill. By episode two, however, the show is focusing on real-life solutions and these are undoubtedly encouraging. We meet a Filipino woman who’s designed a clean energy lamp that local fishermen can use; and the Londoner who’s brought gardening to train station. One California company, OhmConnect, has such a good idea about reducing at-home electricity that I try to sign up. But it’s not yet available in the UK.

What they’re trying to do with the podcast, say Kennedy, is to appeal to people like me. To show us tired recyclers that the answers to environmental catastrophe are already out there. “The choir has heard the doom and gloom song for a long time,” he says, “and sung it from the song sheet, like a good choir would. What they haven’t been taught is the song about solutions and the fact we’ve got them.”

“A lot of people are feeling fatigued,” says Blanchett. “I think we need a sense of, ‘No don’t worry, these changes are happening.’ Because they are.”

Blanchett and Kennedy met in Sydney in the early 1990s. They were part of the same social circle – Kennedy wrote a play with Andrew Upton, now Blanchett’s husband. Later, in 2008, Blanchett and Upton were appointed co-artistic directors of Sydney Theatre Company and decided to try to make the building, an old timber-and-glass warehouse, as ecologically sound as possible. They enlisted Kennedy to help. He brought in consultants – “one guy called Gavin Gilchrist: Cate, if you recall, the fellow who did the toilet flushes” – and helped redo the insulation to make the building “tighter and better, even though it was a pretty old, leaky, wooden construction”.

The biggest proposal was the installation of solar energy panels, which proved difficult to get past heritage rules and the general cynicism of Sydney’s county council. “We were met by a lot of internal skepticism and external opposition,” remembers Blanchett. “You know: ‘What has this to do with a cultural institution, what does it have to do with making theatre, why are we bothering?’ So we thought: ‘OK, we’ll be at the theatre company for 10 years and we have a whole suite of ambitions. And the solar panels will probably be the last one we achieve, if we do.’ And it was the first one we achieved.”

It took two years. There are now 1,906 solar panels powering lights, ventilation and air con across the building. Kennedy thinks that Blanchett and Upton’s theatre project was “a catalystic moment” that kickstarted a sense in Australia that solar power was viable and cost-effective; the country is now, he says, the biggest solar market in the developed world. Blanchett thinks of it as a “symbolic gesture” that, when added to an industry shift, “all adds up”.

So she and Kennedy have known each other for ages (Blanchett recently found some old photos of his daughters when they were little) and then, last summer, Kennedy came to stay with Blanchett and her family in Cornwall. They took him to the Eden Project, which he loved, and the podcast project was started there. They visited “these old mines that are engaged in modern, clean-energy transition minerals and materials production – I’m a geek, I love that,” he says. For Blanchett, the show was “a much more primal urge. We sort of had to. I had so many questions.”

I ask her about using celebrity to get attention on important issues. “Look,” she says, “if you have your two minutes in the sun, you can highlight solar technology or you can highlight an underwear line. But I’m genuine when I say that there were a lot of questions, embarrassingly ignorant questions, that I’ve been asking Danny over the decades. And I thought, ‘Well, I can’t be alone.’ When you ask a question, however ignorant or ill-informed it may be, you’re asking to open a door to a deeper understanding.”

Climate of Change podcast is out now on Audible.

The rest of the interview is on the magazine scan. 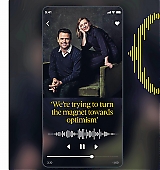 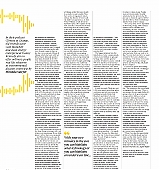 You can now watch the interview with Imogen Heap, who is a guest on episode 6 of Climate of Change podcast. The podcast is now available on Audible. Check out two promotional videos below. 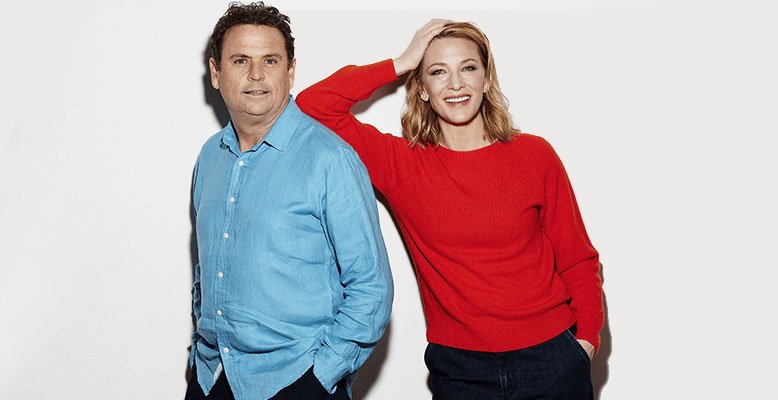 The Climate of Change with Cate Blanchett and Danny Kennedy, which was co-created, co-produced, and co-hosted by Cate, is now available on Audible UK. An outtake from the podcast interview with Prince William was also released. Check them below. 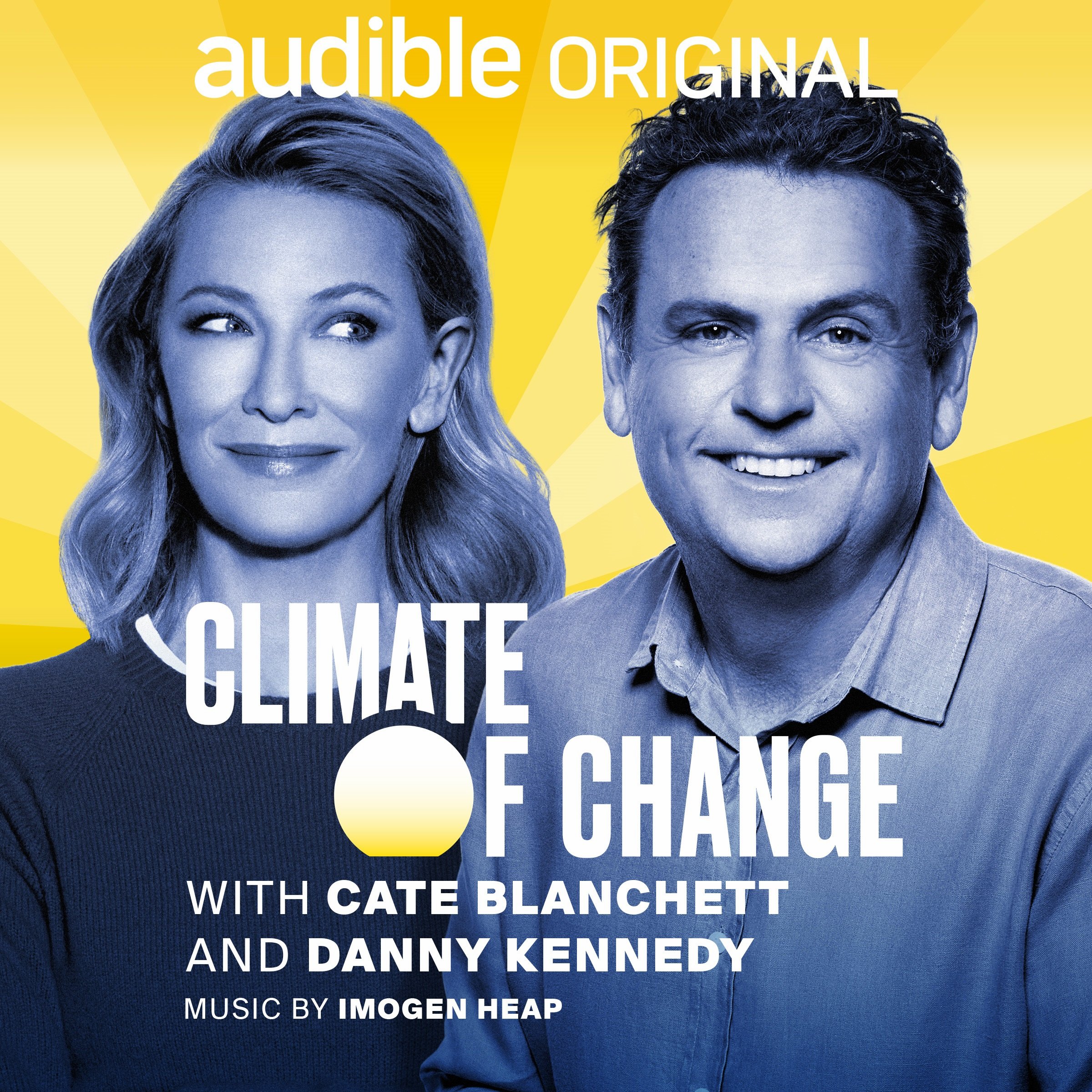 The six-part series, Climate of Change with Cate Blanchett and Danny Kennedy, will see the Oscar winner explore eco-anxiety and optimism with environmental activist Kennedy, as the pair raise awareness of the emerging technological revolution with the help of some special guests.

“Throughout the series, Cate and Danny speak directly to visionaries and trendsetters who are making innovative strides to turn the tide on climate change, from the Navajo Nation in Arizona to the Australian Outback,” Audible teases. 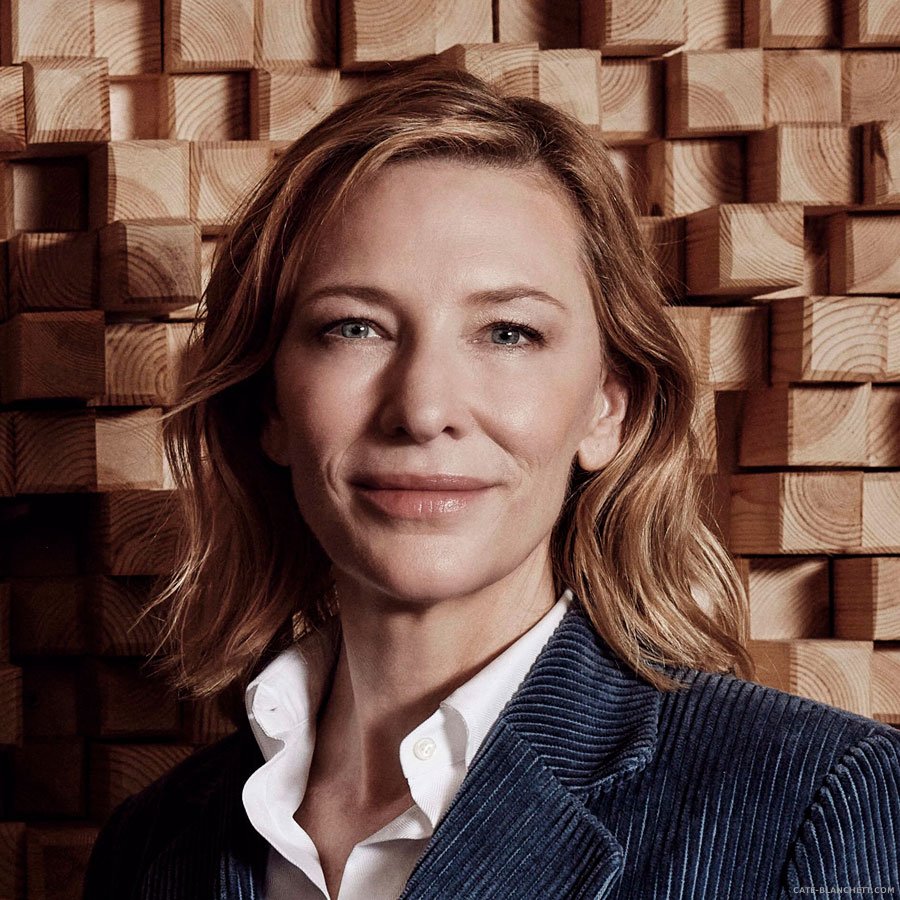 Click the image to be redirected to Audible UK where you can listen to clips or full episodes. 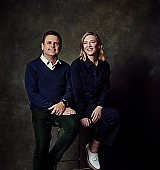 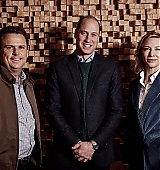 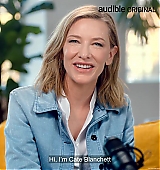 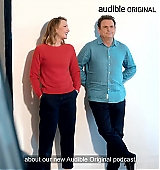 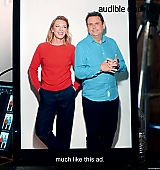 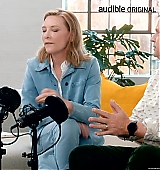 I'm stoked to announce the lineup in Climate of Change, an @audibleuk original podcast, hosted by me & my friend Cate Blanchett!